As permit renewal approaches, a closer look at parking closer 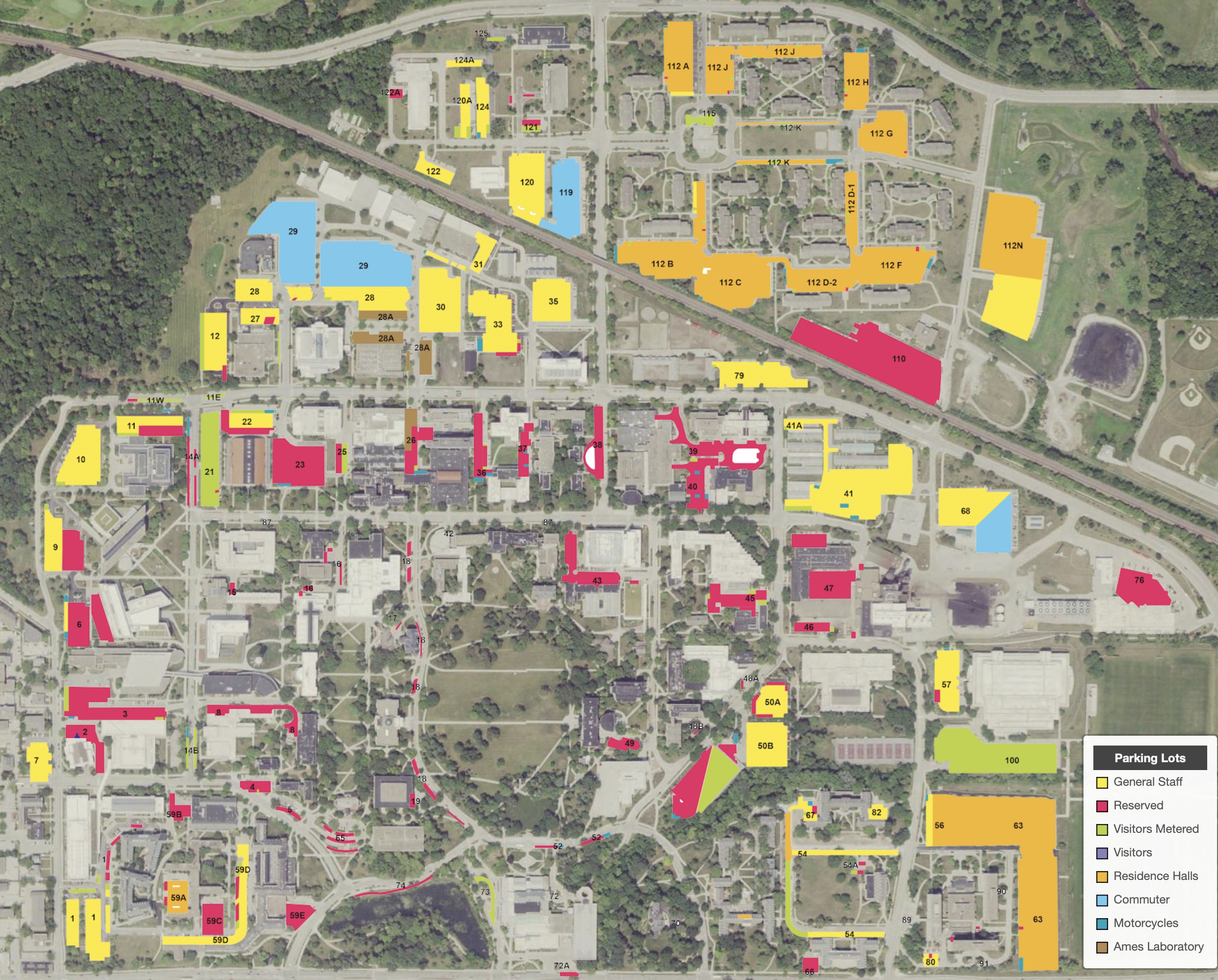 Want reserved parking on campus? You can probably get it, if you're willing to pay the premium.

While coveted parking closer to the core of campus may seem hard to come by without decades of university service and a lengthy stint on a waiting list, parking director Mark Miller said reserve parking is more available than usual since the COVID-19 pandemic. Ten reserve lots currently have no waiting list, including spots on the west, east and north sides of campus.

Many smaller lots do have waiting lists. The longest lists are for lots 4 (south of Lab of Mechanics, 67 people), 5 (south of Student Services, 59 people), 65 (south of Enrollment Services, 58 people), 43 (between Bessey and Horticulture, 16 people) and 59B (west of Union Drive Community Center, 11 people).

The waiting lists for in-demand lots can be a bit deceiving, though. Miller said many employees on the list for the highly sought reserve lots already are reserve permit holders in another lot nearby, just hoping to get a little closer to their workplace if something opens up.

The ratio of general staff to reserve parking spots on campus is almost precisely 3-to-1, with 3,557 general spots and 1,191 reserve, Miller said. Reserve lots are generally smaller, adjacent to a building and nearer to the center of campus. General staff lots are larger and clustered around the edges of campus. Some lots have both types of spaces, with reserve parking closer to the building.

Offering higher-value parking at an increased cost helps pay for the operations of the self-funded parking unit, which includes maintaining the lots and snow removal. Reserve permit holders contribute the same wear and tear to lots but cover a greater share of the expense, Miller said.

"We want to maximize the space, keep our prices down and accommodate people the best we can," he said.

To ensure they're maximizing reserve space as much as possible, parking staff conduct lots counts the first two weeks every fall, Miller said. If larger lots consistently have open spots and there's a waiting list, additional reserve permits are offered to wait-listed employees.

Priority for reserve parking is based on years of service at Iowa State. For the handful of lots in the highest demand, topping the waiting list currently can require up to 25 years of service, though several years at ISU is often enough for lots with more common shorter waiting lists, he said. Seniority can't bump a reserve permit holder out of a spot where they already park.

"Once you have a reserve spot, you've got it," he said.

How to get a permit

Faculty and staff interested in reserve parking should contact Miller by email or phone (294-1987). He can go over the best options, based on an employee's workplace.

Employees renewing a parking permit can do so online via AccessPlus beginning May 25 at 9 a.m. Those seeking a new permit should visit the parking office in room 27 of the Armory Building to fill out the paperwork in person. Renewals are due by mid-July.

Other parking options for ISU employees include the Ames Intermodal Facility in campustown and the Memorial Union ramp. Intermodal permits for the coming academic year will go on sale online July 6 at 9 a.m., and cost $605 annually for a covered spot and $230 for an uncovered spot. MU ramp parking permits are sold on a first come first served basis. Annual permits are sold out for the coming year, but individual permits for summer ($217) and fall ($266) are available.

Later this month, Iowa State will host large events absent for a few springs: Iowa Special Olympics' Summer Games May 19-21, and Odyssey of the Mind World Finals May 25-29.