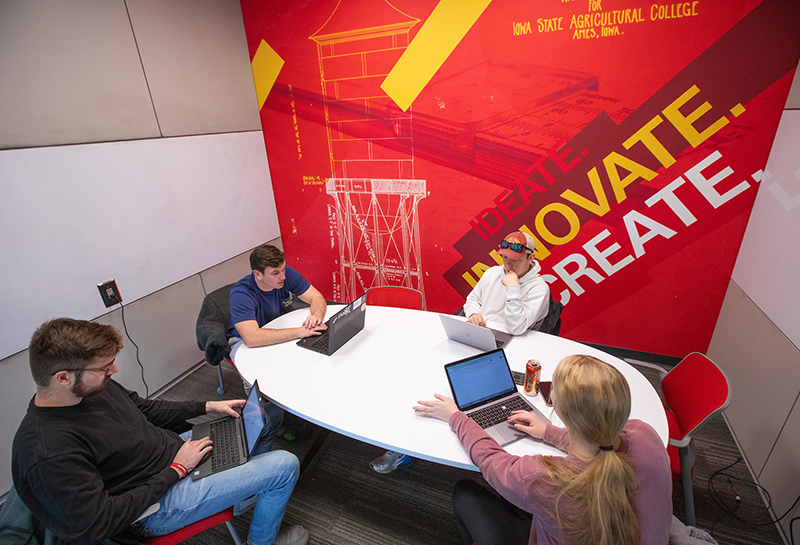 Seven student study rooms on Parks Library's main floor got a colorful new look this fall. The room branding was a collaborative project by university marketing, university library and several library donors, nearly all of whom are former Iowa State students. The strategy was to connect photos from the library's special collections and university archives (SCUA) with donors' interests. Library director of development Rachael Karriker worked with donors to identify themes for each space. External relations director Nacuya Rucker worked with the special collections staff to identify photos that correlated with those interests and captured different aspects of Iowa State.

Here are a few details about five of the rooms and who they're named for: