High schoolers around the world flock to innovation contests 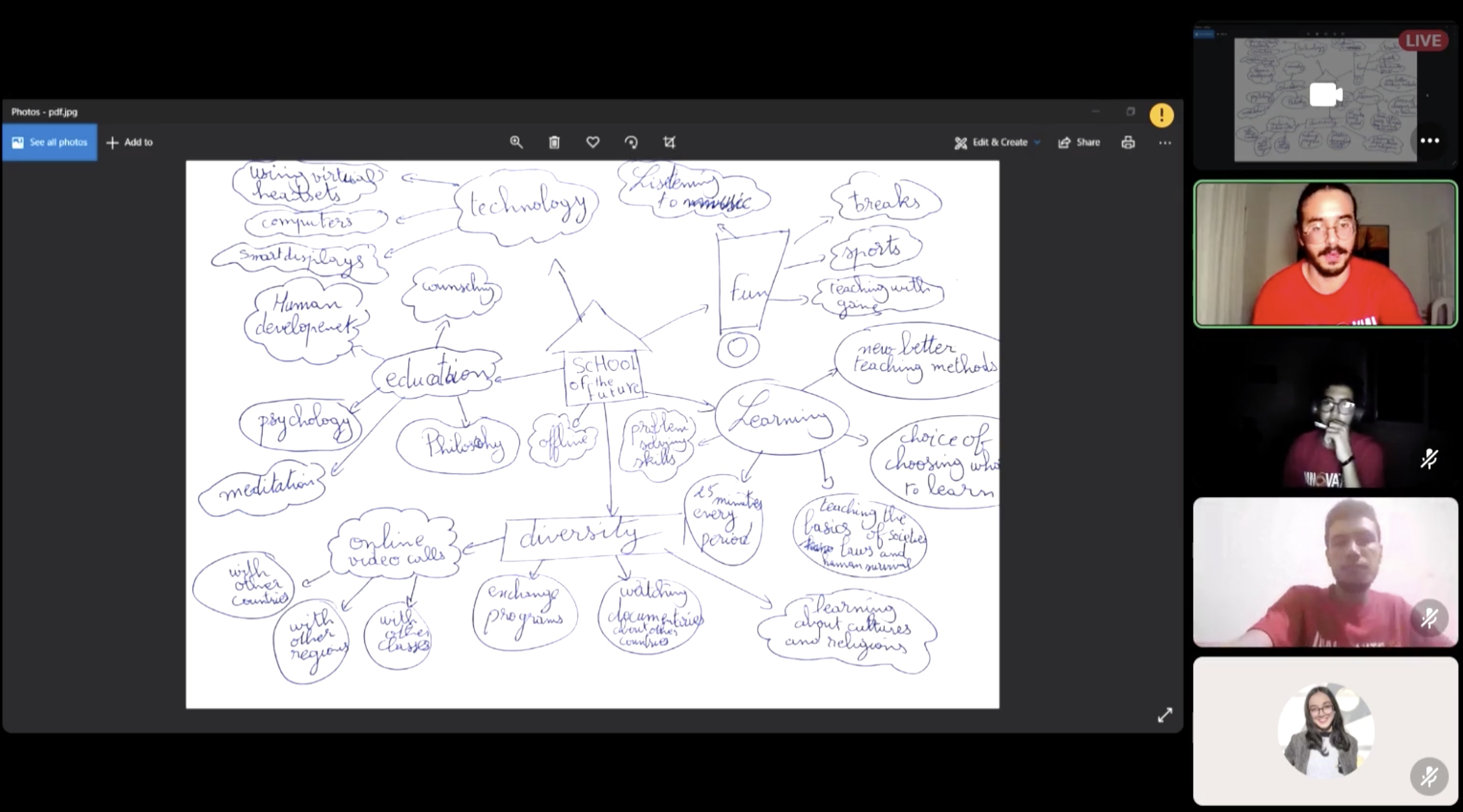 A screenshot from the video project submitted by the EducationUSA Tunisia team for the School of the Future challenge of Iowa State's Innovation Fellows in Training program, which offers international high school students innovation competitions in hopes of recruiting them to enroll at Iowa State.

Ana Luz remembers what it was like when she was considering where she should go to leave Portugal and study abroad. The options seemed distant.

"It was choice by pamphlet," said Luz, associate teaching professor and director of innovation and entrepreneurship in the College of Design.

The international recruiting effort Luz assisted this summer is a far cry from the pamphlets she perused as a youth. Building on the success of two pilot sessions last December, the Innovation Fellows program and the admissions office partnered with ISU faculty, staff and students to conduct seven virtual innovation challenges for high school students worldwide. More than 700 high schoolers from 26 countries have participated or registered in the Innovation Fellows in Training (I-FIT) events that began in June and run through the end of October, vying for prizes and scholarships.

The response has been so positive that the same concept is being extended next month to an event for domestic transfer students and next fall to an in-person series of international workshops, said Jorge Calderon, assistant admissions director for international recruitment.

"The level of engagement has been amazing," he said. "We have decided to go all out."

An I-FIT challenge includes an initial presentation by faculty or other ISU experts, attended by student teams registered by a guidance counselor, teacher or administrator at their school. After a workshop, typically around 90 minutes but sometimes longer or delivered over multiple sessions, the teams are given a deadline for submitting a project video. Everyone reconvenes for an awards ceremony, with winners selected by faculty and a public online vote. Prizes generally run $500-$1,000 per team, and most of the events are sponsored by an ISU college, each of which offers all participants an ISU scholarship -- as large as $2,000 per year in some cases.

The financial rewards and the chance to win a global competition are an enticement to participate, but the outcomes aren't as important as the process. The intention is to give the seniors-to-be and the educators sponsoring them a better sense of what an innovation mindset is and demonstrate how Iowa State can help develop it. Feedback from students and team sponsors has been effusive, Calderon said.

"We had a school counselor at one of the award celebrations come in and raise her virtual hand to say what an amazing experience it was for her students, and she was crying when she was speaking," he said.

I-FIT challenges were co-founded by Calderon, former assistant admissions director for reporting and project management Stacey Barnes, and director of innovation programs Karen Kerns. Kerns and Calderon collaborate to shape the topics and enlist faculty and student experts. Participants who enroll at Iowa State get a head start in the Innovation Fellows Corps, an interdisciplinary innovation training and professional practice program.

"We designed the I-FIT program as another way to fulfill our land-grant mission and reach out to students who struggled with a sense of powerlessness as a result of COVID-19. We wanted to empower them with an innovation mindset," Kerns said.

A sense of belonging

After the pilot sessions, which were held late in the typical recruiting cycle, applications increased at more than two-thirds of the schools where teams entered, Calderon said. While it's too soon to tell, he's confident the bigger push this year will drive enrollment gains from participating schools next fall.

"I know it's coming. We'll see results with this," he said.

That wouldn't surprise Luz, who led a workshop in June that asked students who received a primer in design thinking to propose the "school of the future." Learning from ISU experts and flexing their creative muscles creates an instant connection, she said.

"It's right there in the name, I-FIT. They fit. They belong. They're part of Iowa State," Luz said. "I think it's very smart. It's an innovation on innovation."

Music and theatre department chair Brad Dell led an I-FIT session in June on devised theatre, a production collaboratively created by the performers. The challenge for the high schoolers was to make a 90-second piece of theater. He had an ensemble of current ISU students create a 20-second production during the workshop so challenge participants could see what was possible.

"You can go out and talk about Iowa State and its various programs until we're blue in the face. But this allowed students around the world to actually experience what we have to offer," he said.

Faculty leading the workshops also get to see what participating students have to offer, and they're often impressed, Calderon said.

In the theater challenge, the theme that students broached was what the pandemic taught them about human connection. The responses were inventive and moving, Dell said.

"They answered that question in a whole lot of different ways that were brave, funny and sometimes heartbreaking. It was really beautiful and thrilling," he said. "We'd welcome any of these wonderfully creative minds."

Having previously operated an after-school youth program on building creative confidence, Luz was excited about I-FIT because it was a chance for students to brainstorm complex and abstract ideas. The "school of the future" they were asked to propose could be any aspect of education, from facilities to student resources to curriculum. The final presentations needed to show the process teams used to land on their idea, which helped emphasize the methods were as important as the results.

"They had no boundaries. Their imagination just sparked everywhere," she said. "We built the scaffolding, but they took off with it."

Despite the open-ended assignment, Luz said both winning teams focused on student-centered engagement in instruction.

"I was surprised in a very good way because it was in alignment with what I've learned about education in 25 years in my career," she said. "They were so on top of things and really understood the concepts."

One of the winners in Luz's challenge was a Tunisian team whose video focused on providing hands-on learning personalized to address student interests. The chance to think about reimagining school drew team member Adam Ajroudi to the project, he said. 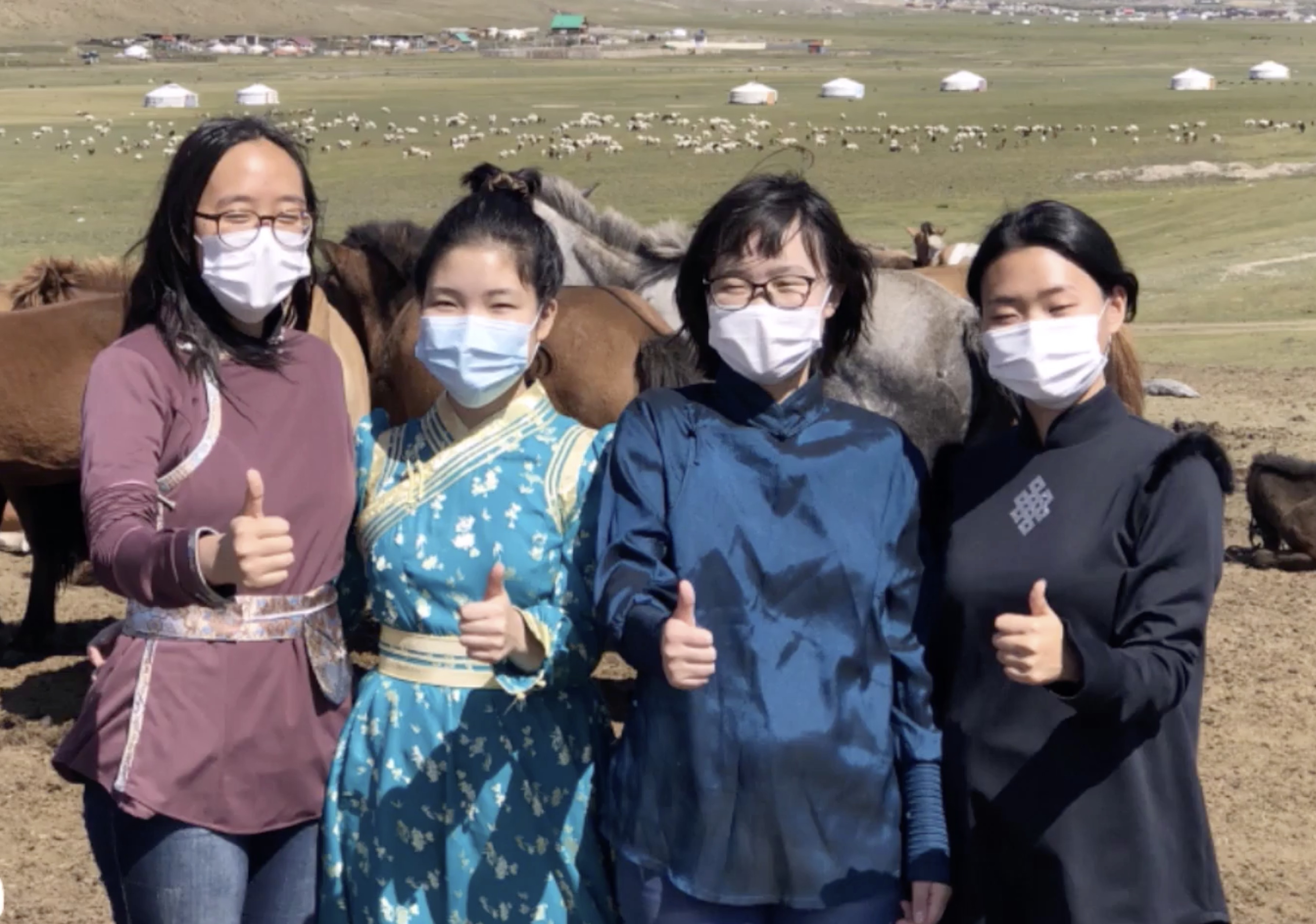 Members of the Mongol Aspiration International School team behind a winning submission in the "Tiny World, Big Problems" I-FIT challenge, in a screenshot from their project video. Team members interviewed herders as part of their submission.

"The subject really touched me," he said. "In the 21st century, we have all the means necessary to have a balanced education system that helps all types of students."

The workshop by Luz was insightful, with a vibe both inclusive and competitive, fellow team member Tasnim Chelbi said.

"It was kind of a life-changing experience," she said. "I'd be thrilled to take a class from the instructor."

The project inspired Uvgunkhuu's students to interview a herder family and consult with a veterinary science institute, experiences she suspects will give the team members confidence as they consider college opportunities.

"I've never witnessed this before in Mongolia," she said.

Aspiration student Undral Erdenebat said what struck her about the faculty presentation for the challenge was that students assist in the professors' research.

"I didn't expect that," she said. "I'm definitely considering applying to Iowa State University because of this project."

Ajroudi also came away with a changed view of Iowa State. He said U.S. schools often seem similar on paper, but participating in I-FIT made ISU stand out.

"It's an alive university," he said. 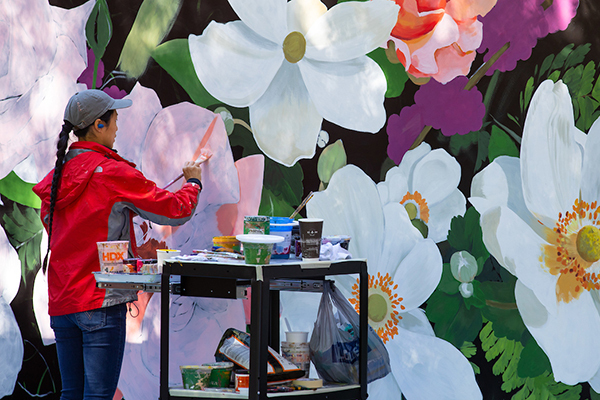