Some might call the students in the College of Agriculture and Life Sciences (CALS) SMART Steps program "at-risk." Audrey Kennis prefers "at-promise."

"These are students with tremendous promise, but structurally we didn't have systems nimble enough to meet their needs," said Kennis, the college's retention coordinator.

Providing the needed structure for academically struggling students is the goal of the SMART Steps. The program, an acronym for Student Management and Academic Response Team, launched in spring 2019 to provide holistic support to CALS students whose extenuating circumstances left them at risk for academic dismissal. Kennis appreciated that the university took students' circumstances into consideration to allow them to remain in school, but felt that these students deserved support to ensure that their second chances would lead to academic success and not simply more debt.

For the past two years, a reprieve from academic dismissal has come with placement in SMART Steps, a holistic intervention designed to identify and remove barriers impacting students' academic performance. It's made a world of difference for students such as Lynn Bohn, who was in the first SMART Steps cohort and is now one of the program's coaches.

"It was like an angel had come to visit me, honestly. It was amazing. It was exactly what I needed to propel my personal growth and success as an undergrad," said Bohn, now a master's student in sustainable agriculture.

Kennis thinks of SMART Steps as wraparound care, a multifaceted and individualized support system for addressing the obstacles blocking a student from succeeding. In addition to academic skill development, that could involve a fresh look at financial aid, connecting with mental health resources or even reviewing the details of a student's morning routine.

"We ask very direct questions," Kennis said. "We have to get at the root causes, which are often noncognitive factors."

The program's requirements are straightforward but intensive:

The most beneficial aspect of the regimen, the program's core, is the weekly meetings, Kennis said. During the first meeting, students set specific goals for the semester. In subsequent sessions, as they develop a rapport with students, coaches work with them on how to stay on track.

"That's the secret sauce, I think. It's high-touch," she said.

The required regular contact with instructors is essential, too. Kennis said students at first dread the academic report forms. But it encourages them to network and self-advocate, emphasizing what many students don't realize: Faculty are here to support them.

"This is completely new for them, and it's really helpful," she said. "They start to see that people want them to be successful."

For Bohn, a first-generation student who came to Iowa State after a stint at a two-year college, ISU faculty seemed intimidating. She was surprised to learn, through the interactions needed to get her SMART Steps forms signed, that her instructors were more interested in helping than judging. It's an insight she stresses in her coaching.

"The key component of becoming successful was making those connections with professors," she said.

In its spring 2019 trial run with 16 students, 75% of participants completed the program in good academic standing, averaging nearly a full grade point better than students on an academic dismissal waiver who weren't in SMART Steps, Kennis said. Roughly the same completion rate has held as the program expanded to include students re-entering college after an academic dismissal and those recommended by advisors or faculty.

"It's been phenomenal," she said. "These are students who weren't supposed to be here."

With the help of graduate assistants serving as program coaches, SMART Steps has had about 70 students at its peak and is serving more than 40 students this semester. During the pandemic, the program has been entirely virtual, which has been smoother than Kennis expected.

"I think people have been so desperate to connect in any form or fashion that it's worked. Attendance has almost been better this year than when we were in person," she said.

Coping with the disruptions of COVID-19 also has driven home the need for empathy, Kennis said.

"It humanized the experience in a lot of ways instead of it being transactional. We needed grace, too, as we worked to figure things out," she said.

There's no other comparable college-based or campuswide retention intervention initiative for a general population, Kennis said. She designed it in part by borrowing aspects of tools the athletics department and the TRIO program uses to boost the chances of academic success.

"That's the first thing I thought of: Who has to demonstrate accountability?" she said.

Bohn said she knows similar programming could have a big impact if it was offered to more students.

"If what we are doing was implemented across campus, I know everyone involved would have a better quality of life," she said.

Kennis said there has been some interest in the program from other colleges and central units, though nothing is in the works yet. Within CALS, she hopes to see SMART Steps expand to include students as soon as they land on academic warning.

"Right now, we're not getting them until they're already in academic jeopardy," she said. "We want to get them more on the front end, and we're working to figure out how to do that." 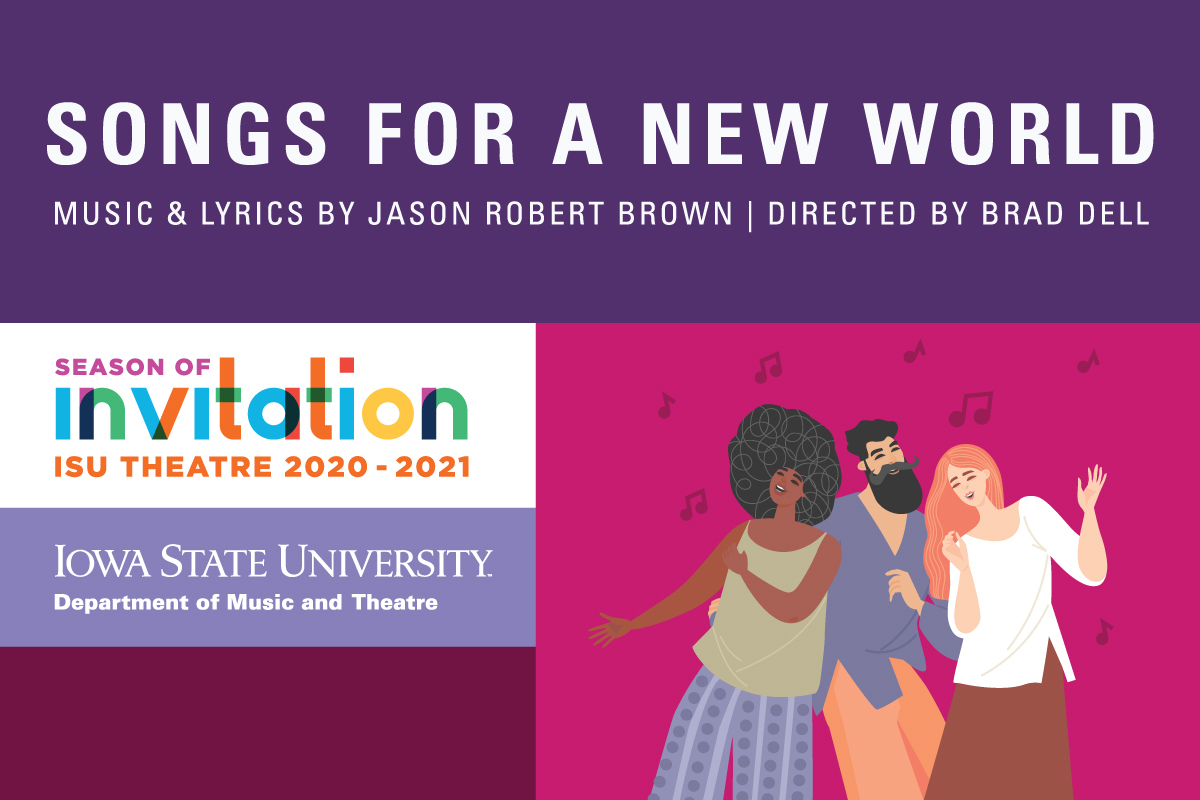 The spring musical,"Songs for a New World," focuses on new beginnings with joy and exuberance. It can be livestreamed beginning April 22.