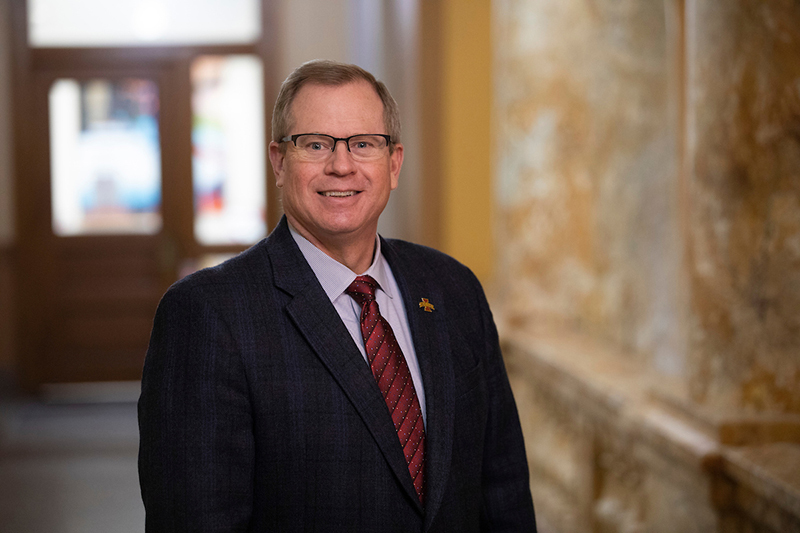 Dorhout earned a bachelor's degree in chemistry from the University of Illinois, Urbana-Champaign, and a doctorate in inorganic chemistry from the University of Wisconsin, Madison. He previously worked on campus as a postdoctoral fellow at Ames Laboratory (1989-91), and was a research collaborator for two decades (1986-2006) with another U.S. Department of Energy facility, Los Alamos National Laboratory, New Mexico. His research specialties include thin film materials, environmental chemistry, and actinide and radiochemistry.

Dorhout was elected a fellow of two national societies: American Association for the Advancement of Science (2017) and the American Chemical Society (2013). He served as president of the latter in 2018.