The state Board of Regents could ask for $18 million in new state funding for the fiscal year that begins next July 1 -- Iowa State's portion would be $7 million -- and also seek to restore the $8 million cut from this year's operating appropriation to the three public universities. Iowa State's portion of the cut was $3.2 million. As proposed, the funds would be used for student financial aid and to support online and hybrid teaching. Fiscal year 2022 funding requests are due to the state Oct. 1, and the board will finalize its plan when it meets next week.

The regents will hold their September meeting in two parts, with four board committees completing their discussions Sept. 17 and the remaining committees and full board convening Sept. 23. Events both days will be conducted online, with all public portions livestreamed on the board's website.

As proposed, the board's FY22 state funding request also includes $2.9 million in additional economic development funding for state biosciences initiatives, 75% of which would further support the three platforms from a 2017 economic development report assigned to Iowa State: biobased chemicals, precision and digital agriculture, and vaccines and immunotherapy. The University of Iowa is pursuing a medical devices initiative. Since 2019, the two universities have asked for $1 million per year to develop each of the four ($4 million total); in the current year, total funding is just under $1.1 million.

Athletics department budgets, which were pulled from the July meeting agenda due to uncertainty about fall competitions, will be presented to the full board Sept. 23.

During the property and facilities committee meeting Sept. 17 (12:30 p.m.), Iowa State leaders will request a 2.3% increase ($1.94 million) to the Student Innovation Center's construction budget for audio-visual equipment not in the original design the board approved in December 2016. They'll also request a 13.2% increase ($2.8 million) to the budget for the feed mill and grain science complex under construction at the Curtiss Farm along State Avenue and U.S. Highway 30. This increase is due to higher-than-expected proposals for designing and building the facility. University funds would cover both project increases.

Additionally, the athletics department will present design plans to replace the heating/cooling system in the 49-year-old Hilton Coliseum and bump out glass curtain walls on the south and north sides to widen the concourses. There isn't a budget attached to the request, but private gifts and the department's operation funds would pay for the project.

Finally, the residence department will seek board permission to begin planning an estimated $27 million renovation of all the bathrooms in Friley and Helser halls, home to 1,220 and 710 students, respectively. The intent is to improve accessibility and privacy for students in the shower and toilet areas. The work will involve updating mechanical, plumbing, lighting and electrical systems. The department's improvement funds would cover the cost.

The committee also will review a six-year, regent systemwide capital plan for state funds that would go to the full board next week. The list includes two Iowa State projects, replacing LeBaron Hall and an addition to the not-yet-constructed Veterinary Diagnostic Laboratory (VDL).

The volume of diagnostic services, research and teaching continues to grow, with the VDL's caseload more than doubling in just five years. The lab currently is spread across insufficient and, in some cases, obsolete space at the College of Veterinary Medicine and the Veterinary Medicine Research Institute.

As proposed, the board's sole capital request to the state for FY22 is $30 million for deferred maintenance, shared by the three universities, Iowa School for the Deaf and Iowa Public Radio.

The board's campus and student affairs committee, which meets at 10:30 a.m. Sept. 17, will hear two presentations:

Meeting at 2 p.m. Sept. 17, the academic affairs committee will receive an annual update on program accreditations. These Iowa State academic programs were accredited in the last year: 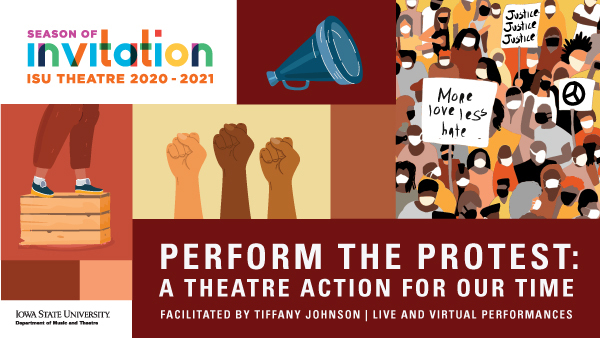