Coming to a campus restroom near you 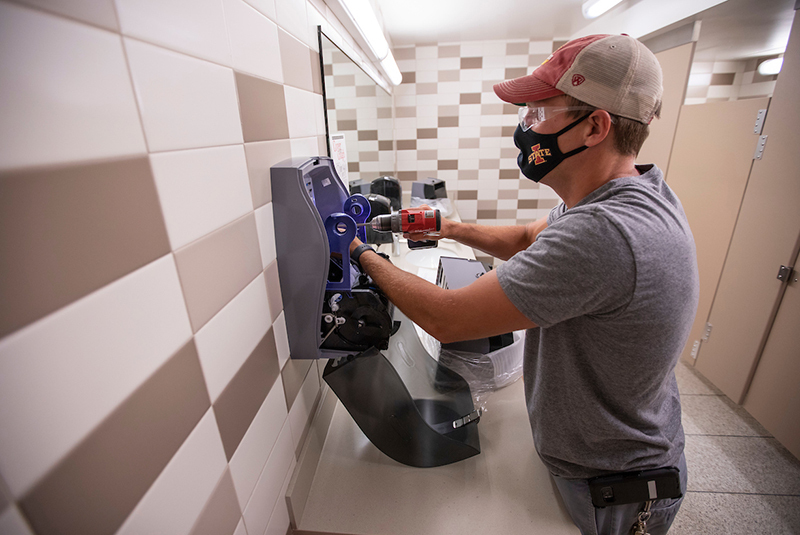 Carpenter Justin Abbott, facilities planning and management, spent Monday in Carver Hall -- his first "C" building in a long list of buildings -- replacing paper towel dispensers in restrooms. The front lever-triggered dispensers replace a model with a finicky finger-operated side-spin mechanism. The new model complies with requirements in the federal Americans with Disabilities Act (ADA) and can be operated with an elbow or a sleeve-covered fist to reduce human touches on shared surfaces during the COVID-19 pandemic.

From a campus inventory of 698 restrooms and lactation rooms, custodians confirmed 174 of them were equipped with a lever dispense mechanism and installed low enough on the wall to be ADA-compliant. Another 382 restrooms were targeted for the new dispensers -- and that's the group Abbott is tackling this summer, one building at a time, more than 600 dispensers in all.

And those final 142 restrooms? The inventory list isn't complete yet on this group, but another replacement phase will begin as soon as the list is updated. 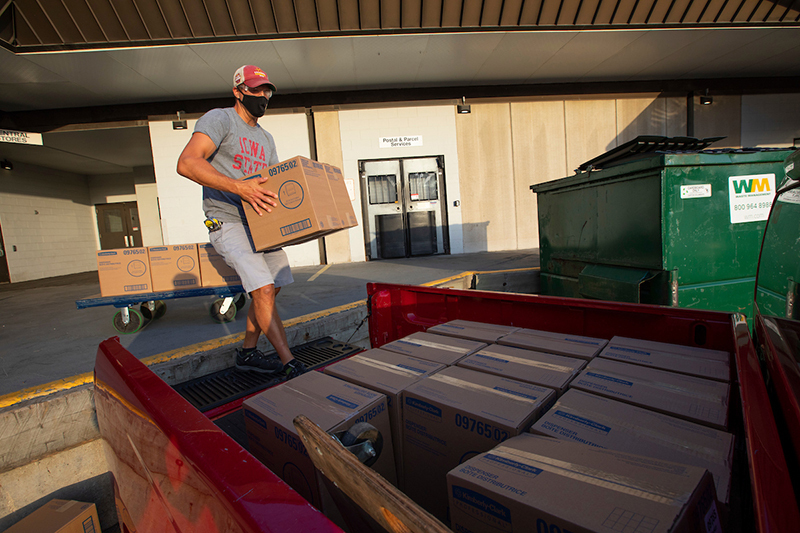 Cyclones Care campaign kicks off with building signage
Employees need to self-report a positive COVID-19 test
Units will clean their offices so custodians can focus on priority cleaning this academic year
Determining the accuracy of your new P&S job profile
P&S Council defines its commitment to antiracism, inclusiveness
Coming to a campus restroom near you