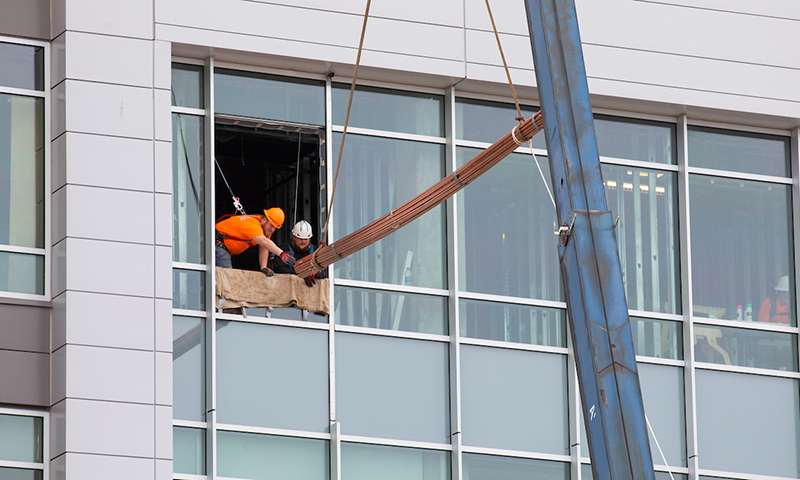 Workers carefully lifted piping into the under-construction fifth floor of the six-story Advanced Teaching and Research Building last week. The science building opened in spring 2017 with an unfinished fifth floor that just recently had been assigned to the new Nanovaccine Institute. The institute formalized a 2013 interdisciplinary research venture that now includes nearly 70 researchers at 21 universities, research institutes, national laboratories and companies.

Construction on administration and collaborative research areas and faculty offices for the institute began in January and is scheduled to wrap up in August. In the meantime, the institute is headquartered in Sweeney Hall.