The spring lectures series is a mix of thought-provoking titles, well-known names and timely topic selections. A special series to commemorate the centennial of the ratification of the 19th Amendment is among the nearly 40 events scheduled.

"The lectures this spring are highlighting a lot of history about prejudice and discrimination in this country and also celebrating the freedom of individuals to be who they are," said Amanda Knief, lectures program director. "We want to challenge students to consider other perspectives and think about how the past can inform the present and future."

A sampling of events is highlighted below. The full schedule is available online. All events are free and open to the public.

"How to Be an Antiracist"
Jan. 23, 7 p.m., MU Sun Room
Ibram Kendi, author of "How to Be an Antiracist" and "The Black Campus Movement," will deliver the Martin Luther King Jr. Legacy Series keynote address, challenging his audience to consider what an antiracist society would be and how they can help build it. Kendi is director of American University's Antiracist Research and Policy Center in Washington D.C., where he also serves as a professor of history and international relations.

"Through the Banks of the Red Cedar"
Jan. 27, 7 p.m., MU Great Hall
Football hall-of-famer Gene Washington and daughter Maya will lead a discussion following a screening of her film, "Through the Banks of the Red Cedar." The documentary tells the story of Gene Washington's path from the segregated South, joining the first fully integrated football team at Michigan State University and becoming one of the greatest players in Minnesota Vikings history.

"Managing Risk in a More Uncertain World: What We Can Learn from Surfers, Studs and Sex Workers"
Feb. 17, 7 p.m., MU Sun Room
After spending her career examining risk from multiple perspectives, economist and journalist Allison Schrager will talk about five principles for dealing with it.

"The Power of One"
Feb. 24, 7 p.m., MU Great Hall
Consumer advocate Erin Brockovich, made famous by the 2000 film starring Julia Roberts, will deliver the keynote for the Symposium on Sustainability.

"Childfree by Choice: The Movement Redefining Family and Creating a New Age of Independence"
March 11, 7 p.m., MU Sun Room
Amy Blackstone, a professor of sociology at the University of Maine, will discuss how the decision to be childfree affects women, men and LGTBQ individuals in their careers and personal lives.

"Turning Limitations into Opportunities"
April 6, 7 p.m., MU Great Hall
Ali Stroker, the first actress in a wheelchair to win a Tony Award, helps improve the lives of others through the arts. She is co-chair of the Women Who Care event that supports United Cerebral Palsy, a founding member of the Be More Heroic anti-bullying campaign and a volunteer teaching artist in South Africa for the artsINSIDEOUT program. Her talk is the keynote for ISU Theatre's HERoic theme year.

"Surviving Hiroshima and the Struggle for a Nuclear-Free World"
April 9, 7 p.m., MU Great Hall
Michimasa Hirata, a survivor of the nuclear bomb dropped near his home in 1945, earned a master's degree in chemistry from Iowa State. Marking the 75th anniversary of the bombing, he returns to Ames to share his story. 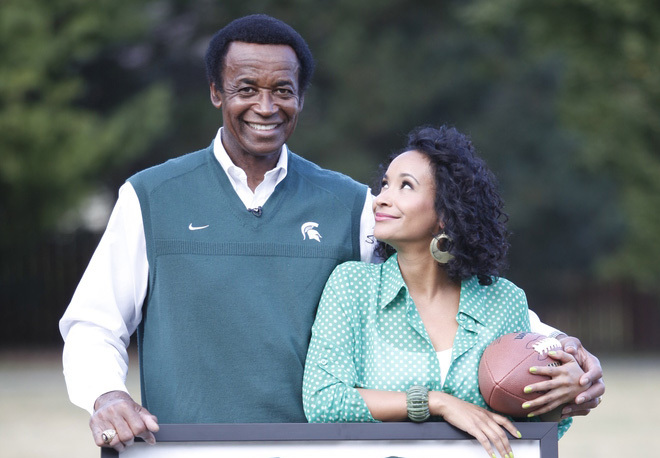