Four former Iowa State students will be recognized for their military service, and their ultimate sacrifice, at the annual Gold Star Hall ceremony.

The ceremony will take place at 3:15 p.m. Monday, Nov. 11, in the Memorial Union Great Hall. This event is open to the public and it begins a week of events dedicated to honoring veterans. Light refreshments will be available following the ceremony.

Photos, memorabilia and the personal stories of four students – three who served in World War II and one who served in Vietnam – will be shared at the Gold Star Hall ceremony. The 75th anniversary of D-Day and the Battle of the Bulge also will be recognized.

The Gold Star Hall ceremony honors Iowa State students who lost their lives in war. Former students' names are engraved on the Gold Star Hall walls if they attended Iowa State full-time for one or more semesters and died while in military service in a war zone. As names become known, they are added to the wall and the service members are honored in Iowa State's annual Veterans Day observance.

The family and friends of these four fallen heroes will be in attendance so that they may see the names of their loved ones forever memorialized in Gold Star Hall.

The ceremony will include the stories of each honoree, as well as taped comments from President Wendy Wintersteen, presentation of the colors by members of Iowa State ROTC, singing of the National Anthem and taps played by ISU students.

While their names are already engraved on the wall, these men have not yet been honored in a Gold Star Hall ceremony.

Gold Star Hall includes the names of the nearly 600 Iowa Staters who have died in war: in World War I, World War II, Korea, Vietnam, Somalia and the Global War on Terrorism. 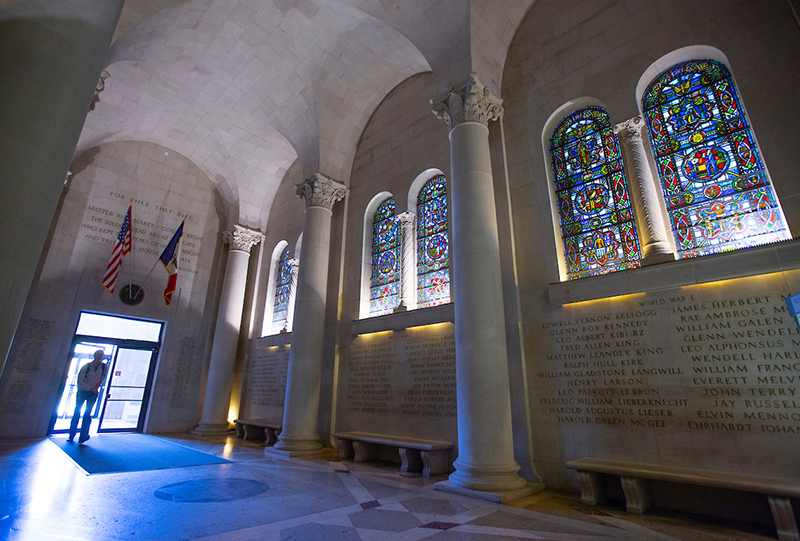 Nov. 11 ceremony to honor former students for their military service launches a week of veterans events.