'No better satisfaction': Advising student orgs can be a rewarding sideline 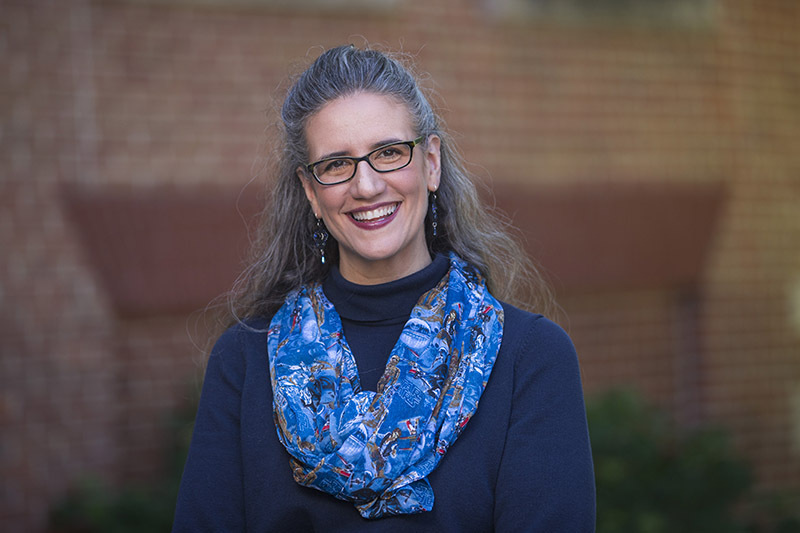 Karen Bovenmyer was a founding adviser of the Writers' Guild, a student organization for writers, and remains the club's adviser. Photos by Christopher Gannon.

As an undergraduate at Iowa State in the mid-1990s, Karen Bovenmyer devoted herself to the science fiction club. The student organization's ever-changing advisers, however, did not.

"We were always struggling to find an adviser. When we did find an adviser, they never came to the meetings. Basically, we only needed them to sign the forms for who was going to be treasurer next. They didn't really care," said Bovenmyer, program coordinator for the Center for Excellence in Learning and Teaching's preparing future faculty program.

That experience was on Bovenmeyer's mind about a decade ago, when she joined a Des Moines writing club for National Novel Writing Month and met a group of high school seniors heading to Iowa State. She suggested that if they start a writing club, she'd gladly serve as its adviser -- a volunteer role every student organization requires and only Iowa State faculty or staff can fill.

"I wanted to be the adviser I'd wished for when I was an undergrad, someone who knew what we were working toward or was an expert in the area we were interested in, who would be present for us and interested in us and just, you know, care," she said.

The Writers' Guild took off, and Bovenmyer -- who moonlights as an author, editor and writing instructor -- has remained its adviser, providing counsel and encouragement to dozens of young writers over the years. Some of her former students even became close friends. One of the founding members lived in the guest room in Bovenmyer's home as an undergraduate and now is a technical writer in Baltimore.

"So whenever I go to the East Coast for a conference, I live in her guest room," she said.

As the club matured and new students came aboard, Bovenmyer has spent less time directly involved. Instead of attending every weekly meeting, she'll only go if asked. But the satisfaction of advising the guild is the same as ever, she said. It's fulfilling to forge relationships with students learning to lead, and their passion can be inspiring.

"They bring this personal interest and excitement that reminds you of yours. It can enrich and reinforce why you like this particular hobby in the first place," she said.

Advisers provide student organizations a built-in mentor and liaison to university resources, offer Iowa State a measure of oversight and, ideally, give the ISU employee serving as an adviser an experience as rewarding as Bovenmyer's.

"Iowa State does a really good job showing students smaller elements of community, whether that's in the residence halls or colleges and departments," he said. "Student organizations are the same thing. I think it builds a lot of bridges and helps them feel connected."

Most advisers aren't intimately involved in a club's origins or operations, but how much advising attention an organization needs runs a wide gamut because the groups are so different, Merrill said. Iowa State's lineup of student organizations was just over 900 on average during the spring semester, with 738 faculty and staff serving as an adviser for one or more of them.

"It can be very hands-on. It can be very hands-off," Merrill said. The most active organizations -- those that travel, hold events, serve other students or educate youth -- typically have the most involved advisers, as the faculty or staff member must sign off on purchases, room rentals and other uses of university resources.

There are a few minimum expectations for all advisers, even those for the simplest, interest-based student organizations that exist primarily for members to gather. Merrill said every adviser should have regular contact with club officers and be aware of organizational plans. At its most basic level, that could mean a few emails a semester.

On the other end of that spectrum are advisers like Joel Johnson, academic student services director for the College of Engineering. He advises the Engineering Student Council and Engineers' Week student organizations and works as facilities supervisor with the five student-run competition teams that use the Advance Machinery Systems Laboratory. The council represents all of the college's 90 affiliated student organizations, and he provides training for advisers of those organizations, which the college considers valuable educational and leadership opportunities. 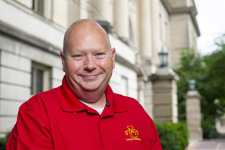 "I work with all 90 in some way, shape or form at various times," he said.

While the council adviser position is part of his job description, much of his other work with student organizations is volunteer time. It's typically 10-15 hours per week on nights and weekends, much of it for evening club meetings.

"I'm present. I'm there for questions. They know who I am. They have ready access to me," Johnson said. "It's a lot of time outside your typical role if you want to position yourself to mentor. And that's really what we're here to do."

While affiliated organizations typically identify an adviser without much trouble, it can be a big challenge for some groups, Merrill said. There isn't a formal matchmaking method for connecting willing faculty and staff with student organizations seeking an adviser.

"It's a big hurdle for new student organizations to find their adviser, but it's also a meaningful one. Can they go out there in the communities they're aware of and find someone?" he said.

Sometimes, the lack of an adviser has sunk an organization. But Merrill helps club leaders brainstorm about where to look for possible advisers, such as similar clubs, Facebook groups and relevant university departments or units. Organizations tend to struggle more when they are less connected to academic pursuits.

"If what they're doing is in line with something the university is doing on some level, you usually can find somebody," Merrill said.

While it can be useful, club advisers don't have to be experts in the interests of the student organizations.

"Knowledge about the topic is not as important as investment in the students' goals," Merrill said. "A passion for guiding students through processes is helpful, rather than telling them what to do."

"Sometimes it is a little bit of a lighter touch. We're there throughout their experiences to help them. We're giving them feedback all the way through so they're not going to be in a position where they're not successful. At the same time, there are opportunities to not take advice," he said. "They need to be able to have the opportunity to lead that group. It's not me leading the group. It's them."

Bovenmyer said she has been surprised at "how powerful, mature and in control the students are with their own club and making their own decisions."

Still, difficult times can come up. Recently, she mediated a heated disagreement when the guild removed a member despite his protests. At times, she said, she wasn't sure how to deal with the dispute, which ended up involving a student's father and, just to be on the safe side, a police officer. But she had a co-adviser to bounce ideas off and contacted Merrill for assistance. In the end, she got a letter from the father thanking her for how she handled the situation.

"That's your only job. Be present enough that they feel safe telling you that they need help or if there's a problem in the club," she said.

Johnson said while he enjoys all aspects of his job, advising student organizations is especially gratifying.

"Yes, it's work. But it's work that's incredibly rewarding," he said. "You see them mature through the course of a year in leading the group. There's no better satisfaction, in my mind."