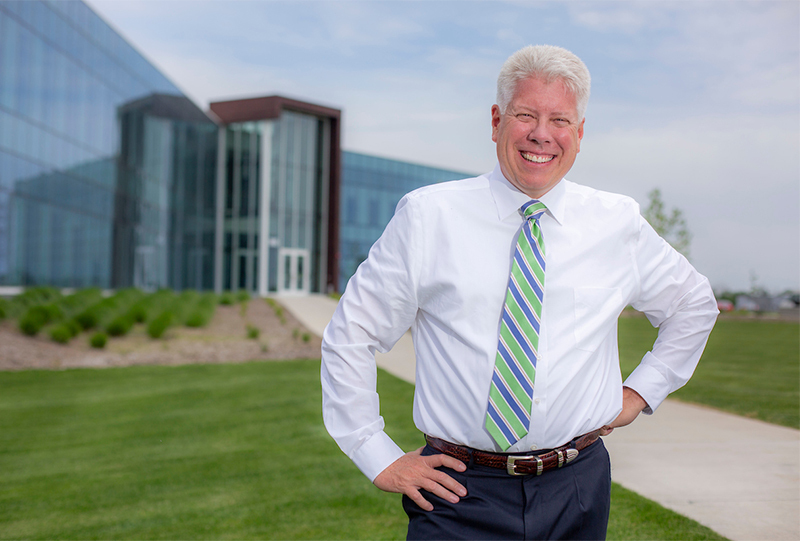 Rick Sanders became president of the ISU Research Park on June 1. He comes to Iowa State from the Story County Board of Supervisors, where he'd served since 2010 and was in his third elected term.

Previously, Sanders served as commissioner of the Midwest Collegiate Conference, affiliated with the National Association of Intercollegiate Athletics (2005-15), owned Cyclone Vending in Ames (2003-06), and was an associate athletics director at the University of Maine, Orono (2001-03). As Story County supervisor, he served on the National Association of Counties' International Economic Development task force and the Central Iowa Workforce Development Board, and chaired the Iowa Association of County Supervisors' legislative committee.

Sanders earned a bachelor's degree in communications from the University of Alabama, Birmingham.

His office is in suite 1210 of the Economic Development Core Facility in the south part of the research park. He can be reached by phone at 296-9950, by email at rsanders@iastate.edu.

He succeeds Steve Carter, who retired in December after leading the park for 18 years. Former senior vice president for business and finance Warren Madden served in the interim.