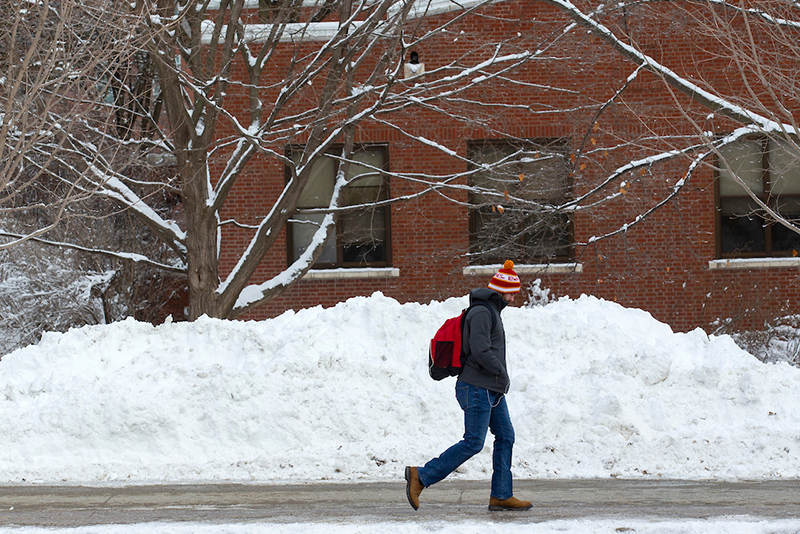 A student passes snow piled high next to the sidewalk near Lagomarcino Hall earlier this week. Photo by Christopher Gannon.

How can the calendar's shortest month own so much snow, you wonder? So do campus services program coordinator Joel Bender and his diligent teams. During February's 20 snowy days, campus services crews logged 7,152 hours on snow removal. The month included eight days of early starts (as early as midnight) to get after the white stuff, and crews worked at least part of three of the month's four weekends.

During February, crews spread 270 tons of rock salt and 100 tons of sand on streets and parking lots. Bender said campus received just over 23 inches of snow in February, compared to January's 14 inches.

March contains 31 days; here's hoping none of them delivers another snowstorm.