A request to begin planning an outer concourse expansion at Hilton Coliseum, and a plan and budget for an addition to the field services building east of the College of Veterinary Medicine go to the state Board of Regents' facilities committee Feb. 27. The board meets Feb. 27-28 in the Reiman Ballroom, Alumni Center. Audio of public portions of the meeting will be livestreamed on the board's website. The agenda also is posted there.

Plans for Hilton would move concessions on the north and south concourses from interior to exterior walls, widening the concourses into the former concessions areas. The new concessions areas would be equipped to serve a greater variety of food. The north and south entrances to Hilton also would receive upgrades, including accessibility improvements. The building's original (1970) mechanical systems and two elevators would be upgraded. Athletics department operating funds and private gifts would cover the estimated $25 million price tag.

The Vet Med college proposes to renovate 1,500 square feet of the existing 9,000 square-foot field services building and add 6,000 square feet, at a cost of $3.7 million. The building simulates an agriculture animal veterinary practice in which veterinary students interact directly with farmers. Caseloads there have more than doubled, and the number of veterinary students on mixed or food animal tracks is rising, as is the volume of faculty field-based research. A 2017 study confirmed a need for a larger facility.

Construction could begin later this spring and last about 15 months. Funds would come from the college, field services, the Veterinary Diagnostic Laboratory and the veterinary diagnostic and production animal medicine department.

Iowa State also will seek the board's permission to enter a five-year lease with Verizon aimed at improving cell phone coverage on campus in anticipation of new 5G technology next year. In the proposed lease, Verizon would install, at its expense, 14 "small cell" structures on campus light poles, including eight on the main campus, five in parking lots near the football stadium and one at the Veterinary Medicine campus. The proposed lease calls for Verizon to pay a signing bonus at the time of installation and a monthly fee for energy use and data connections.

The lease would not prevent ISU from negotiating agreements with other cell service companies. Iowa State already has contracts with Verizon and U.S. Cellular.

The full board will review these three requests at its April meeting in Iowa City.

Permits for the Memorial Union ramp, which is not managed by ISU's parking division, would go up 2.2-2.5 percent ($5-$12) on July 1. The MU proposes no increases to its hourly rates next year.

A first reading of the rates this month will be followed by final board approval in April.

Due to decreased demand, the university will stop leasing and operating off-campus apartments on July 1, ending a six-year practice to supplement its on-campus housing inventory. According to the annual residence system report to the board, the projected occupancy rate in university residence halls and apartments is 97 percent next year. Recognizing competition from Ames' private sector and a retreat from record-setting enrollments, residence leaders have a five-year plan to replace all windows and renovate every restroom in residence halls older than 20 years. Combined with planned dining renovations, the residence department will invest about $15 million per year in capital projects through fiscal year 2024.

Residence hall room and on-campus apartment rates for the year that begins July 1 would go up about 2 percent (mostly in the $80-$150 range, depending on the building and room capacity), as proposed.

Flex meal packages and academic year meal plans would increase by a similar range, 1.7-1.9 percent, as proposed. The door rate for guests at campus dining centers would go up 50 cents next year, to $10.50 for breakfast and $13.50 for lunch or dinner.

Up for final board approval in the consent agenda is Iowa State's request to establish the National Institute of Antimicrobial Resistance Research and Education. In a competitive bid process, the Association of Public and Land Grant Universities and the American Association of Veterinary Medical Colleges designated Iowa State as the host university for the institute. It will be located in the ISU Research Park. The institute expands Iowa State's 2015 antimicrobial resistance consortium with the universities of Iowa and Nebraska, University of Nebraska Medical Center, Mayo Clinic and the U.S. Department of Agriculture’s Agricultural Research Service.

These Iowa State representatives will make presentations to the board or a board committee next week (and be part of the audio livestream): 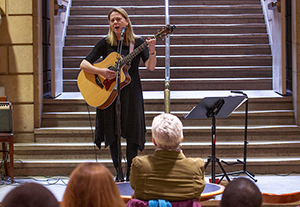