With the goal of making education costs more predictable for students and families, the state Board of Regents agreed on a five-year plan that ties the size of tuition increases for resident undergraduates directly to state funding increases. Regents president Michael Richards presented the plan during the board's Nov. 15 meeting in Cedar Falls.

The plan requires that tuition increase discussions occur during April and June to better respond to the spring legislative session. The "guardrails," as Richards termed them, apply to Iowa State and the University of Iowa, whose tuitions are among the lowest of their peer schools.

Regent Larry McKibben called the proposal "a methodology that will be significantly better for our universities," especially with a recent history that includes flat state funding and mid-year funding reversions.

At Northern Iowa, Richards said tuition also will be tied to the university's appropriation. The strategy, though, has to be tuition levels that make UNI more competitive with its Midwestern peer schools.

Senior associate athletics director for operations Chris Jorgensen told regents fundraising has surpassed $40 million for the $90 million plan to expand and update the area north of Jack Trice stadium. He said the funding plan for the project is evenly split between private gifts and athletics department operating funds.

With the board's final approval Nov. 16, the expansion project will be done in four phases between June 2019 and August 2021. Plans include:

In light of recent tragedies on university campuses -- in and outside of Iowa -- the board's campus and student affairs committee requested an update on the regent universities' student safety efforts.

A two-person education unit offers a variety of training courses, including self defense and general safety. Demand for this spiked after Arozamena's death. Newton said one person works specifically with international students and underrepresented students for inclusion and education.

Newton said Arozamena's death sparked a more collaborative effort with the Ames Police about the local homeless population and the two departments are developing an outreach team. He said campus officers assigned to this issue on an ongoing basis work to connect homeless people with services and housing and to dismantle encampments on campus property.

He said it's still important to assign officers to foot and bike patrols for better access and visibility on campus.

Police officers held their annual safety walk with Student Government leaders Nov. 1, during which they're looking for things such as burned out lights, landscaping that creates dark or obscured areas, etc.

In other Iowa State business, the board approved: 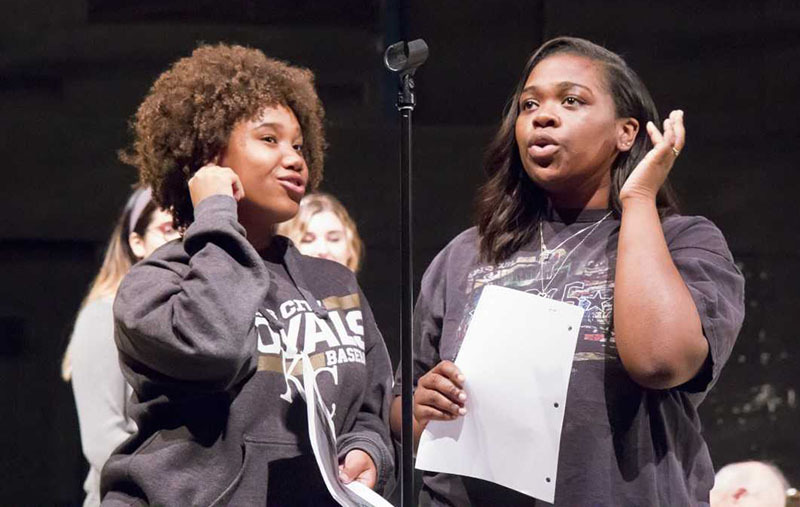 'Wonderful Life' is a play within a play

LAS' inaugural artist in residence is directing the holiday classic, "It's a Wonderful Life: A Live Radio Play."