'You fly high up there, mate' 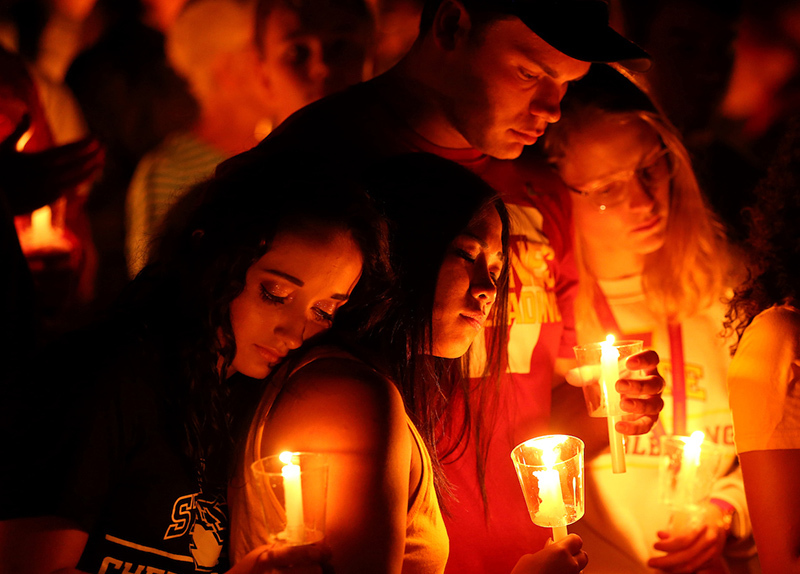 Australian junior Amelia Grohn, a golf teammate and recent roommate to Celia Barquin Arozamena, was among a dozen people who paid tribute to the slain Iowa State student-athlete during a central campus vigil Wednesday evening. More than 1,000 people attended.

Whether her friend, teammate, civil engineering classmate, pastor, teacher or coach, each spoke with great affection for a small woman with a big smile, even bigger aspirations and a work ethic to achieve them. They also recalled a student-athlete who received numerous scholarship offers out of high school but was uncommonly proud to be a Cyclone.

Civil engineering professor Jim Alleman said he was blessed to have her as a student. Despite her many successes in the golf world, she remained "remarkably humble." Because she traveled so much, "her commitment to her studies was critical for her to succeed. But, by gosh, she worked so hard to do that," he said.

Grohn lamented that her friend's dream of qualifying for the women's professional golf tour was cut short, noting that just last month Barquin Arozamena made it through the first stage of qualifying school.

"She had so much left to give to this world," Grohn said. "Celia Barquin Arozamena, you fly high up there, mate. We'll be here making you proud."

Grohn asked Cyclone football fans to wear yellow -- Barquin Arozamena's favorite color -- to Saturday's home game, at which the 2018 Cyclone female athlete of the year will be remembered. 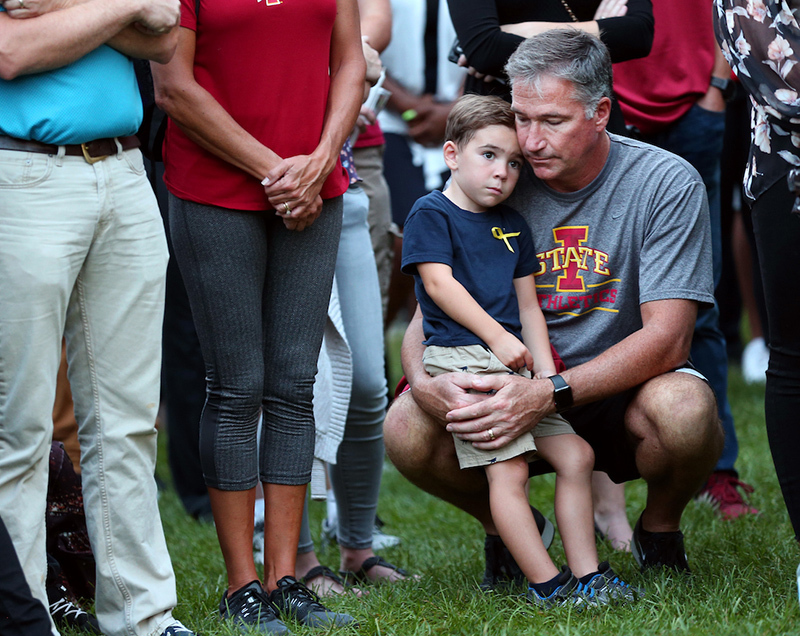 Cyclone gymnastics coach Jay Ronayne holds his son during a moment of silence for Celia Barquin Arozamena at the Wednesday vigil on central campus.

'You fly high up there, mate'
Plant a piece of history after the presidential installation
Child leave options may expand for parents who both work at ISU
Faculty hires respond to resignations, program growth
Congratulations
New Miller grants support better course materials, for free
Planning will resume for a scaled-back veterinary lab