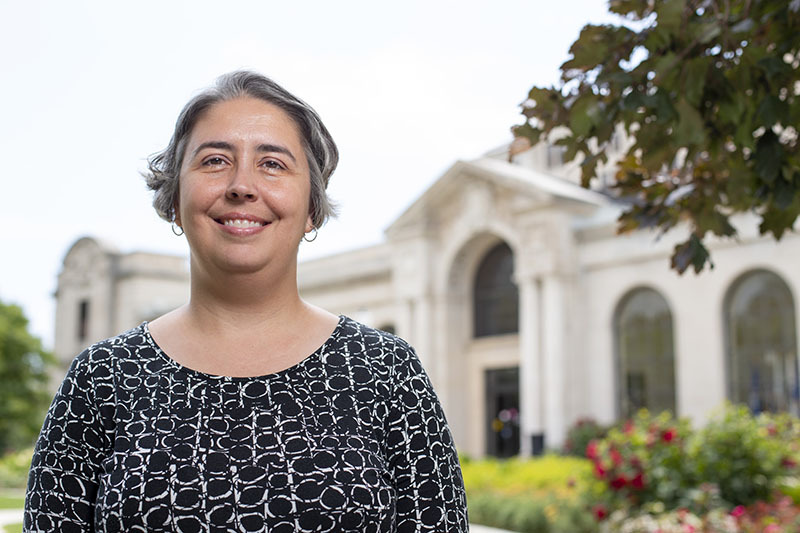 Amanda Knief (pronounced kah-NEEF) returned to her alma mater Wednesday as director of the lectures program. Knief, a Waterloo native who earned a bachelor's degree in journalism from ISU and a law degree from Drake University, has been working in Washington, D.C., since 2010, most recently as a legislative analyst for the Library of Congress.

As lectures program director, Knief will work with the Student Government-funded Committee on Lectures and other campus units and organizations to provide a broad range of public events. On average, about 120 events -- speakers, performances, films, debates, panels and more -- are scheduled annually. Knief succeeds Pat Miller, who led the lectures program for 37 years.

The lectures program is a unit in the office of the senior vice president and provost. Knief's office is located in 2582 Memorial Union. She can be reached by phone (294-9935) and email (aknief@iastate.edu).