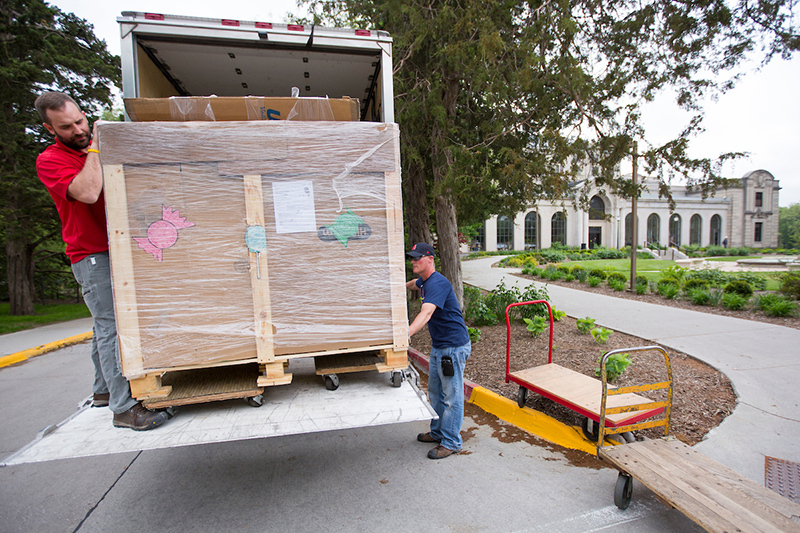 Jared Hohanshelt (left) and Jason Bjerke, logistics and support services, deliver an Odyssey of the Mind prop crate Monday afternoon to the Memorial Union for use later this week. Photo by Christopher Gannon.

It's an anniversary of sorts. This week marks the 10th time Iowa State is the host site for Odyssey of the Mind's world finals. The first year was 1990.

The competition's "challenges" are new each year, but much about the event is consistent: An estimated 850 student teams will compete across four age divisions, elementary to college, on any of OM's five challenges, which focus on creative problem-solving. This year, they arrived in Ames from about 40 states and 12 other countries, including Poland, Germany, Switzerland, Mexico, South Korea and Hong Kong. Including students, coaches, parents, event volunteers -- nearly 500 strong -- and other OM officials, the number is expected to exceed 16,000.

Competitions will be held Thursday through Saturday in the Memorial Union ballrooms, all Iowa State Center buildings, Forker gymnasiums, and auditoriums in Gerdin, Troxel, LeBaron and Music halls. Pearson Hall classrooms will be used for a spontaneous problem that all teams will compete to solve. With the exception of the spontaneous problem, the competitions are open to the public.

Odyssey of the Mind will host a large group event nightly in Hilton Coliseum. Wednesday night it was the opening ceremony, Thursday night is a banner and float parade, Friday is a ceremony for OMers missing graduation ceremonies at home, and an awards ceremony will be held Saturday evening.

OM guests will stay in residence halls on the east, west and south sides of central campus and in Frederiksen Court apartments. Most visitors depart Sunday morning.

A package tracking system his staff implemented two years ago is especially useful during the OM world finals, Hohanshelt said. LSS staff received and delivered to specific campus rooms more than 800 crates and boxes in the span of five days. Schools shipped as many as eight boxes of props for their teams.

The tracking system includes a customer portal, in this case allowing coaches to confirm instantly that boxes arrived on campus and are in the correct prop room adjacent to a competition.

Because this is world finals -- the end of the competitive road for the year, little of what arrives on campus as competition props has to be shipped home.

"It seems like part of the world finals ritual is dismantling or destroying your props; 98 percent of this will end up in a dumpster," Hohanshelt predicted. 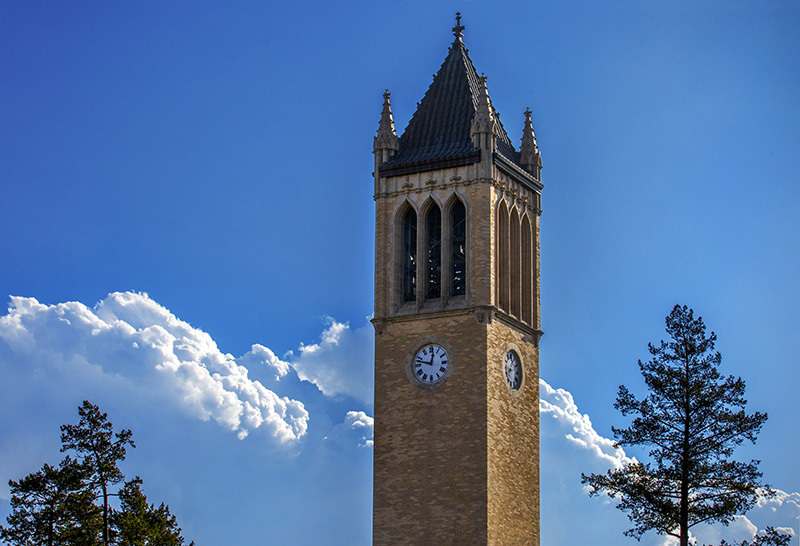