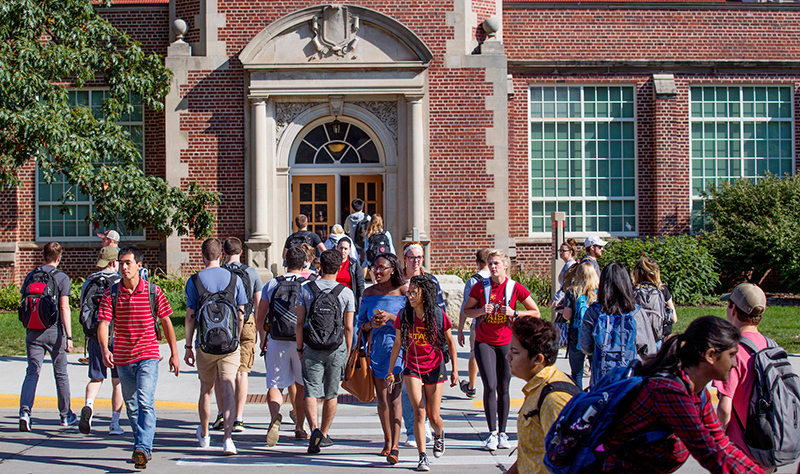 Students come and go from Physics Hall during the first week of fall semester. Photo by Christopher Gannon.

"This year's enrollment is more manageable, but it remains a very substantial number," interim President Benjamin Allen said. "Additional resources are needed to maintain our top-ranked programs and the high educational quality for which Iowa State is known. We continue to operate with significantly less state support, and significantly more students, than a decade ago."

Where they come from

This fall, 19,843 Iowans are attending Iowa State. They equal nearly 55 percent of the overall student body and 60 percent (or 18,246) of the 30,406 undergraduates. Iowa State continues to enroll more Iowans than any other university in the world.

Nearly 95 percent of Iowa State graduates are either employed or pursuing further education within six months of graduation. 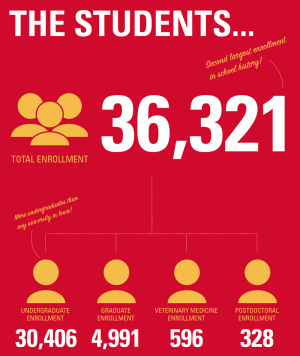 More details are available on the full infographic.

"This is an impressive class, reflecting Iowa State's strong reputation in Iowa, across the country and around the world," Allen said. "It's a testament to our high-demand programs and the overall student experience we provide."

Total U.S. multicultural and international enrollment at Iowa State is 8,789, or 24.2 percent of the student body -- a new record exceeding last year's number of 8,748. 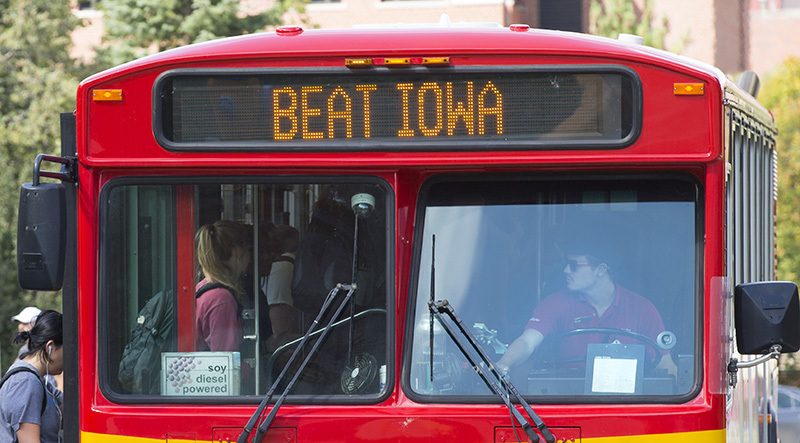 Karaoke with the carillon

Fundraising proceeds will help build a portable, playable scale model of the campanile and carillon.