Summer 2017 in the rearview 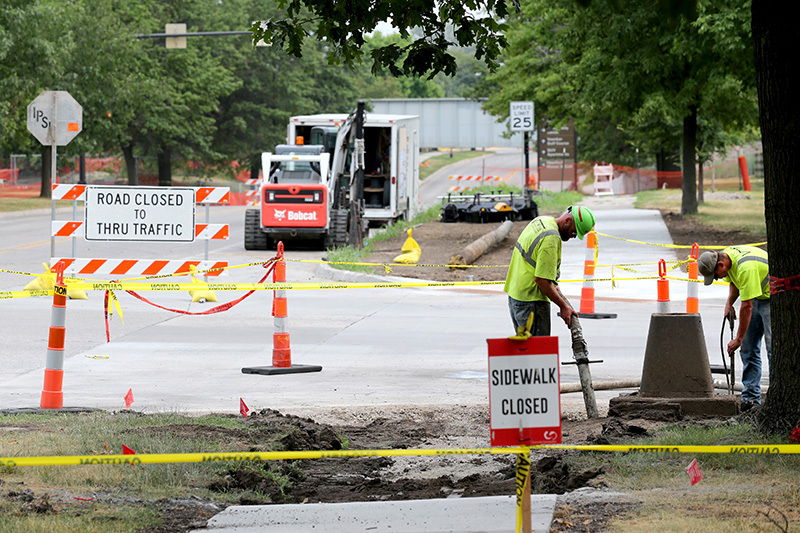 Orange cones and yellow caution tape were fixtures throughout campus this summer as crews worked to improve roads and sidewalks before the start of fall semester. Photo by Christopher Gannon.

Summer on college campuses typically is tranquil. But with a presidential search underway, buildings rising and falling, and new technology platforms launching, Iowa State was anything but quiet (except for the carillon) this summer. Here's a look at summer 2017 on campus.

Board of Regents decisions