A little dusty now, but it's going to be nice 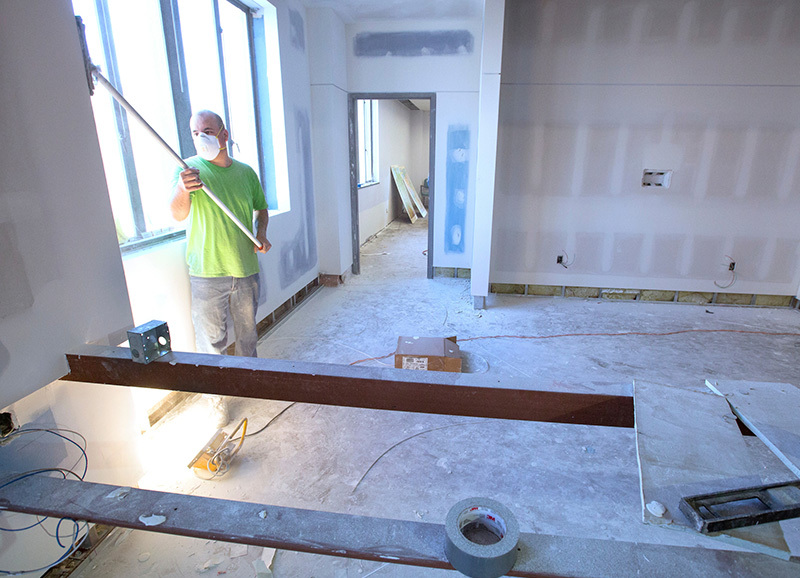 A crew member from Grabau Construction, Boone, sands drywall mud in a new collaboration space for students on the second floor of Pearson Hall. Photo by Christopher Gannon.

A large open space at the north end of the second floor of Pearson Hall, where students can work together before and after class, is part of a $1.9 million project to upgrade general university classrooms on the floor. Replacing 11 smaller classrooms will be eight modern classrooms -- three with seats for 80; four with seats for 32, one with a capacity of 28 -- fitted with state-of-the-art classroom technologies. The project also includes new mechanical/air handling systems, lighting and furnishings. Construction should wrap up by June 1, followed by technology and furniture installation and testing this summer. The classrooms will be ready for fall classes.