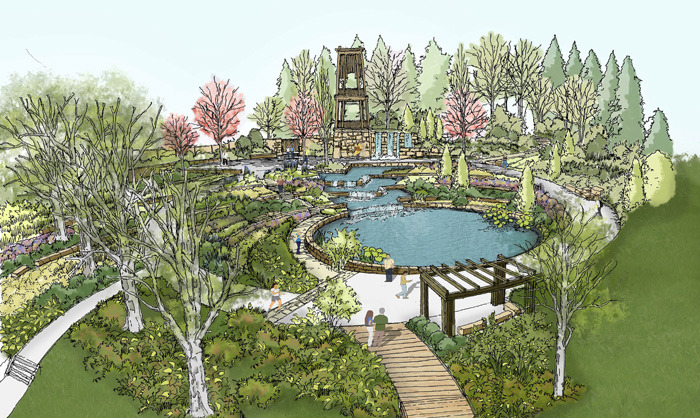 Reiman Gardens isn't getting bigger, but it is getting better.

The gardens' staff recently announced the completion of a 20-year master plan that has been in the works for almost two years. The plan doesn't increase the acreage of the gardens, but rather makes better use of the current space.

"Right now there's a lot of turf or open grassy areas, and the new plan will utilize the existing space more effectively," said Ed Lyon, director of Reiman Gardens. "We're packing more into it but the circulation of the entire space will be better. People will be able to self-direct more easily."

Visit the Reiman Gardens website for a birds-eye schematic drawing of the future gardens.

The site plan cost about $200,000. Reiman Gardens received a $95,000 grant from the Institute of Museum and Library Services in 2013, which helped kick-start the design process. The balance was paid with gardens' revenue. Most of the funds were used to hire two landscape design firms that specialize in public gardens -- 3 Fromme Design, Sanford, Florida; and Spurlock Poirer, San Diego.

Groups and individuals from the university and the city of Ames also were involved with the gardens' site plan, including President Steven Leath and First Lady Janet Leath.

The 20-year plan incorporates several new gardens, a small lake and water features, such as cascades and falls. New hardscape additions include terraces, boardwalks, courtyards, arbors, a stone amphitheater and a new visitor center. Large schematic designs of the plan are on display in the lobby of Reiman Gardens' main building.

Lyon said many components of the new plan reflect Reiman Gardens' Iowa roots, including the use of limestone and edible plants, a nod to Iowa's contribution to food production.

The Reiman Gardens site plan does not encompass future plans for the south side of Jack Trice Stadium, but both plans will complement one another.

"They are two separate spaces, but not disparate," he said.

What will stay the same

Despite the changes and additions, the gardens' educational mission remains unchanged.

"The gardens won't be just beautiful, they will be educational," Lyon said. "There's not a garden we're developing that doesn't include an educational component."

Many favorite aspects of Reiman Gardens are staying put.

"A lot of elements will remain," Lyon said. "The Hughes Conservatory won't change and the butterfly wing will remain, but be expanded. All the changes that we're making elevate dramatically what we already have."

If you build it, they will come

A primary goal of the 20-year master plan is to enhance Reiman Gardens' presence throughout Iowa and the nation.

"We hope the changes will not only increase attendance but membership as well, which is a more stable source of revenue," Lyon said.

Lyon added that by enhancing the gardens and offering grander exhibits, he anticipates that Reiman Gardens will become a destination stop, increasing tourism revenue for the city of Ames.

Lyon estimates the cost to implement the 20-year plan is at least $25 million. Reiman Gardens will raise the money through several campaigns beginning in the fall and continuing over the next several years. As funds are raised, projects will be implemented.

Some funds already are in the coffer, thanks to Iowa State's 1955 graduating class. The donations will initiate development of the new Hillside Garden (west-central portion of the gardens) this spring, with completion planned by the end of year. Other revenue sources for implementation include university funding, grants and revenue from the Nature Connects traveling exhibits.

Though the transformation of Reiman Gardens will be gradual over the next 20 years, Lyon is excited about the changes.

"This site plan fulfills so many goals," he said. "You can't elevate Reiman Gardens without also elevating the Iowa State and Ames communities." 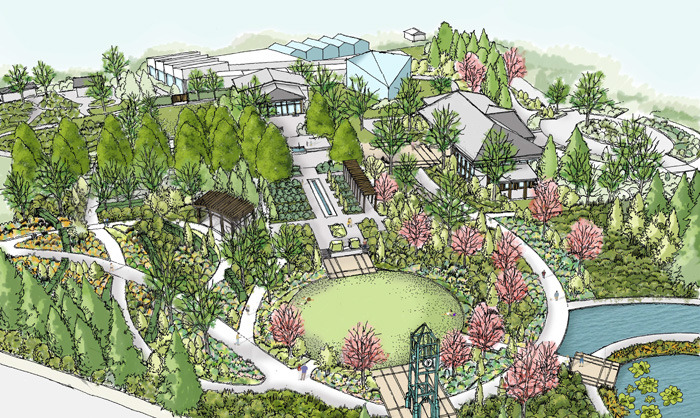 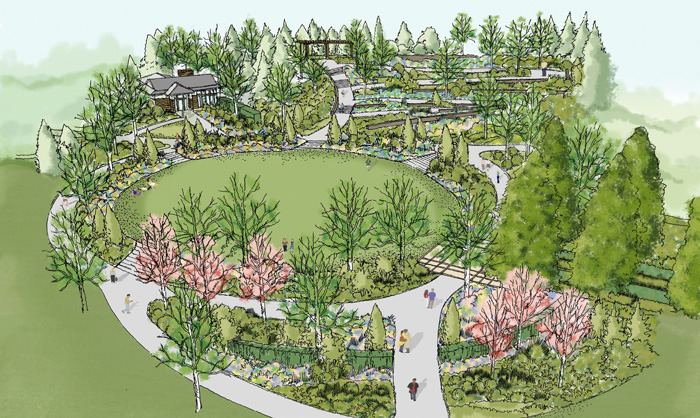 The compilation of events span the month of February.