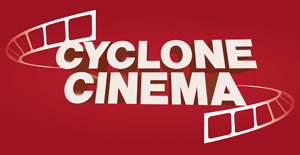 Cyclone Cinema films typically are a few months past their big screen debut but not yet available on DVD. The Sunday screenings each weekend include open captions to assist patrons with a hearing loss or for whom English isn't their first language. Movies start on time, so arrive early enough to locate a seat.

Admission is free, treats are not

Admission is free to Cyclone Cinema, and the public is welcome. A concession stand offers popcorn, candy and bottled Coke products and water. In addition to cash and CyCash, the concession stand now accepts credit cards (Visa, MasterCard or Discover).

Cyclone Cinema is a program of the Student Union Board.

Fresh from the theater