Expect a fast-paced contemporary show with ISU Theatre's production of Love and Information, which opens its two-weekend run Dec. 4 in Fisher Theater.

Rather than starring in single roles, a cast of 18 plays multiple characters -- more than 100, in fact. The action sprints from scene to scene, but all of them have a central theme based on developing or maintaining personal relationships in the information age.

"Most actors are playing anywhere from five to eight different characters in the two-hour run of the play," said show director Amanda Petefish-Schrag, who is an assistant professor in theater. "The actors have had to work diligently to clearly establish the circumstances and background of each scene and character, and consider carefully what each character wants/needs in order to keep the characters distinct from one another as the play progresses."

Petefish-Schrag said there are more than 50 scenes in the show. Each can last from 20 seconds to five minutes. The set is flexible, with pieces that can be quickly and easily reconfigured for different scenes.

"Structurally, this play is written in seven sections, each containing multiple scenes. Caryl Churchill (the playwright) stipulates that each of the seven sections must be played in order, but the scenes within each section can be played in any sequence," Petefish-Schrag said. "The playwright provides neither character nor context for any of the scenes. This raised a multitude of questions for us as a cast and production team. The cast worked collaboratively to develop answers, which we hope allows the text to speak even more clearly to a contemporary audience at Iowa State." 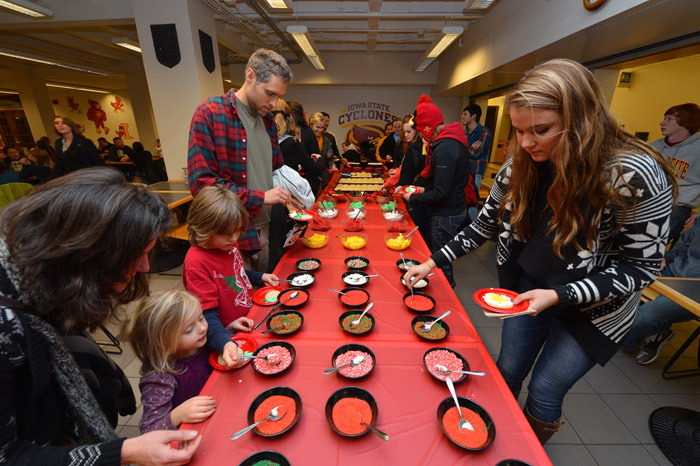