The state Board of Regents took a first look at a proposed tuition freeze next fall for resident undergraduates at Iowa State and University of Northern Iowa during its Oct. 22 meeting in Iowa City. As proposed, University of Iowa undergraduates would play catch-up with their counterparts, paying a 3 percent tuition increase occurring at the other two universities this spring semester.

A vote on tuition and mandatory student fee proposals is scheduled for the board's Dec. 2 meeting.

ISU Student Government president Dan Breitbarth told the board that ISU students facing an increase this spring are relieved to not have to budget for another increase next fall. However, he noted, "There's still additional need for financial resources at Iowa State University. We want to make sure that our wonderful faculty and staff continue to receive salary increases that are competitive nationwide, and we want to be able to provide additional resources that our increasing student body continues to need as well."

Breitbarth added that part of the funding equation is convincing legislators in the 2016 session to increase state support for the regent universities, and said he intends to be part of that effort.

Undergraduate student leaders from UNI and Iowa both expressed support for gradual, consistent tuition increases over tuition freezes offset with more severe spikes to catch up.

Iowa State also is requesting a $33.50 increase to the mandatory fee for all ISU students, broken out in two pieces:

Associate vice president and chief of staff Miles Lackey, who also serves as Iowa State's liaison to the board's TIER (Transparent, Inclusive Efficiency Review) process, provided an update from Ad Astra. The board contracted with this consultant team last winter for recommendations to:

Lackey said the consultants analyzed course section schedules and room schedules and compared the data with a comparable group of schools in its own Higher Education Scheduling Index, a database compiled from its 800-plus clients at universities and colleges. Each of the three regent universities received its own set of recommendations – directional in nature and requiring further development prior to implementation, Lackey said. Implementation will not look the same at all three schools, he said.

Among its findings for Iowa State:
Classroom scheduling

What's next in TIER

Regent Larry McKibben said board members and the university communities will review the Ad Astra report, as well as the Pappas Consulting report presented a day earlier. The TIER representatives at the three universities should collect feedback on their respective campuses, to be shared with board members at a special November telephonic board meeting (not yet scheduled) to discuss implementation. McKibben said he'd like each university to develop its own implementation plan with faculty input.

"It's my personal goal that this isn't going to be a year-long project. We need to maximize the use of the facilities we have, we need to move toward improvements. There may be some silos, some 'ownership' issues [with classrooms] we have to face," he said. "My expectation, on both of these projects, is significant movement through next spring. So we're looking forward, when we get into next fall, to having some things implemented." 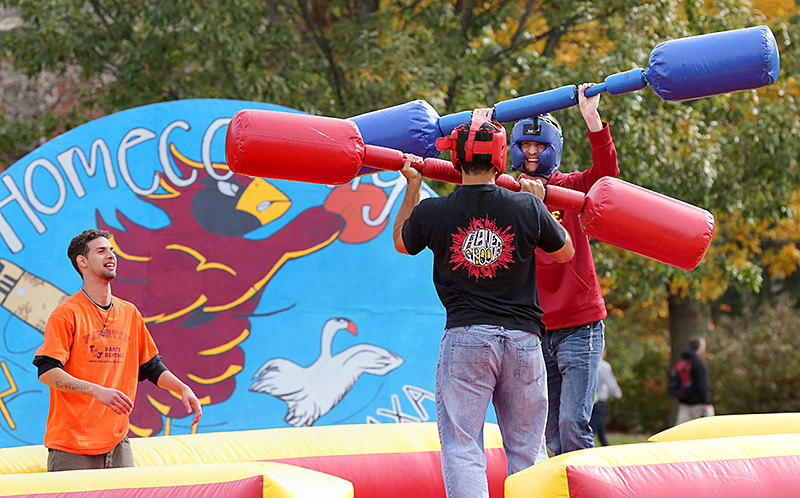