Secretary of the Navy visits campus to name submarine 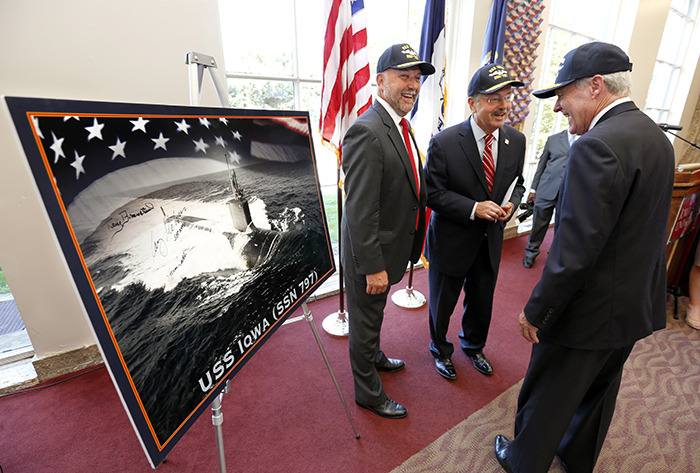 U.S. Secretary of the Navy Ray Mabus stopped by the Memorial Union Campanile Room Wednesday afternoon for the ceremonial naming of the Navy's newest submarine -- the USS Iowa. President Steven Leath and Iowa Gov. Terry Branstad participated in the ceremony.

The yet-to-be-built sub, with the official name of "SSN 797 USS Iowa" is among several new Virginia-class attack submarines that have been ordered by the Navy. The subs weigh 7,800 tons, are 77 feet long and hold reactor plants that will not require refueling during the planned life of the ships.

Fall lectures series offers something for everyone.

A new book showcasing Iowa State's stories and campus beauty will be unveiled at a Sept. 10 book-signing reception.