Need not argue to win 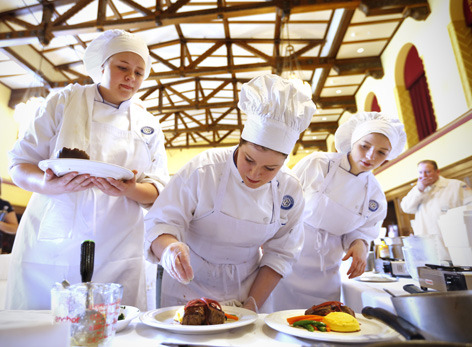 More than 200 students from 14 Iowa high schools competed in the event. In a morning culinary competition, teams had 60 minutes to prepare a three-course meal using provided ingredients and two butane burners. During an afternoon management competition, teams were judged on their research and visuals for a new restaurant concept. The winning teams from each competition -- Waterloo West and Cherokee Washington high schools, respectively -- will represent Iowa in the National ProStart Invitational April 18-20 at Disneyland in Anaheim, California.

ProStart® Iowa is sponsored by the Iowa Restaurant Association Education Foundation. This is the first time the competition was held at Iowa State, hosted by ISU's hospitality management program. Photo by Christopher Gannon. 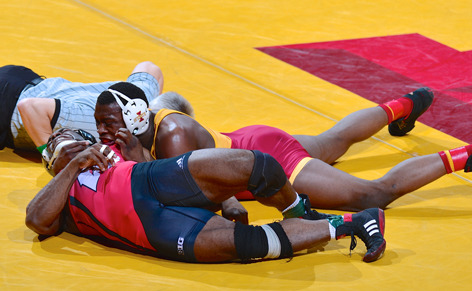 Grappling for a title

Hilton Coliseum is home to the Big 12 Wrestling Championships on March 7.