By Rob Schweers, Office of the Senior Vice President and Provost
October 02, 2014 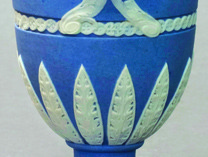