Administrators briefed the Professional and Scientific Council on a variety of issues -- from the Iowa Board of Regents' efficiency review to recent upgrades on the university network -- during the council's first meeting of the academic year on Aug. 7. Providing the updates were senior vice president and provost Jonathan Wickert, associate vice president for university human resources Julie Nuter, and chief information officer Jim Davis.

Wickert reported that Iowa State will start the academic year with 104 new faculty and more than a dozen new academic advisers. Facility improvements include a renovated MacKay Hall auditorium and two new buildings -- Elings Hall, home to the agricultural and biosystems engineering department, and its partner, Sukup Hall, which contains research and teaching labs.

"It's a big deal," Wickert said of the reaccreditation process. The process resembles reaccreditation for academic departments, but on a university-wide scale, he said. Iowa State is accredited through the Higher Learning Commission approximately every seven years. An intensive self-study is part of the review. Olivia Madison, who is stepping down as library dean Sept. 1, will join the provost office to help with that preparation.

Wickert said the regents' decision last week to negotiate a purchasing contract on behalf of the three state universities represents the first implementation of a recommendation coming out of the board's Transparent, Inclusive Efficiency Review (TIER). Deloitte Consulting, the board's consultant on the review, predicts $16 million to $40 million in annual savings from bulk purchasing contracts for such things as food, small package deliveries, office supplies, furniture and some lab supplies.

Much of the TIER review remains in the study phase. For example, Wickert said, distance education, institutional research and the competitiveness of academic programs, particularly in the College of Liberal Arts and Sciences, are among academic areas that will be discussed and studied in the fall.

Nuter reported that Iowa State's new online classification system goes live Sept. 9. It makes use of the PeopleAdmin software, which streamlines the hiring process for both managers and job applicants.

"This is a significant upgrade for our classification and hiring sytem," Nuter said. Information on the new system and training opportunities are available online.

Davis reported that network upgrades underway throughout spring and summer have been completed and are ready for the fall influx of students.

"While upgrading the network infrastructure, we also increased the capacity of the campus network by a factor of 10," Davis said. Network capacity went from 10 GB to 100 GB.

"We know there were a lot of bumps in the road," Davis said, referring to campus outages that occurred during some of the upgrade work. Davis thanked faculty, staff and students for their patience.

Other improvements to campus connectivity include wireless upgrades. Approximately 1,100 new wireless access points -- about half of what's planned -- have been installed in various places on campus. In a separate project, 4,800 new access points have been added in the residence halls. There's one access point per room, Davis said. 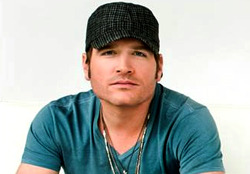