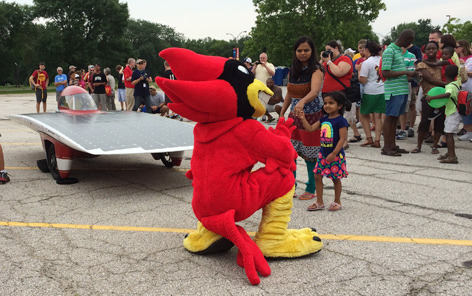 Fans keep an eye on their mascot and their solar car during the car's one-hour stopover in Ames. Photo by Diana Pounds. 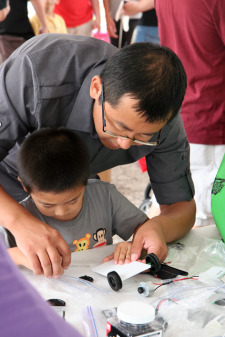 A youngster, with a little help from his mechanic, builds a real, working solar car. Photo by Eric Debner.

President Steven Leath and Cy were among the spectators watching cars in the 1,700-mile American Solar Challenge make a quick, one-hour stop in Ames before hitting the road for La Crosse, Wisconsin.

The Iowa State car car arrived in Ames in third place and held that spot through the race's Monday finish in Minneapolis. In addition to finishing third overall, the ISU team won the best mechnical design award for the car's suspension design. It was the Iowa State team's second consecutive year for the award. 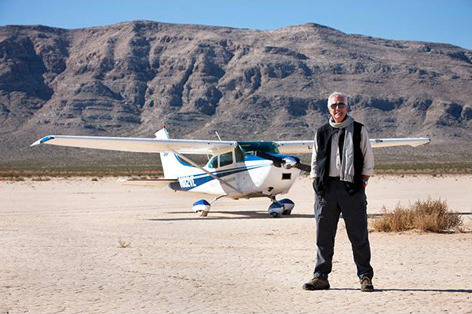 The "VISIONS Across America" exhibit, featuring stories and photos from alumni in all 50 states, closes Aug. 9.