Enrollment could be a driver in new funding formula

Student enrollment could be a primary consideration in allocating state funds among Iowa's three public universities under a very preliminary funding model discussed April 17 by a state Board of Regents task force. But the five members of the task force are divided, at least for now, on whether to count all students or in-state students only.

Meeting since October, the task force was asked to investigate a funding model that's based on performance measures, not simply tradition, as is the case now. Dating back to the 1940s, the current model divides the state appropriation on a perceived 40 percent/40 percent/20 percent (Iowa State/Iowa/Northern Iowa) split. This year's $479 million general education appropriation is divided on approximately a 36 percent/46 percent/18 percent split, mirroring at least the last decade.

Which students to count?

"This is the general education appropriation we're talking about. I think it has to follow the Iowa kids," said Mark Oman, retired senior executive vice president of Wells Fargo and Co. and Northern Iowa's appointee to the task force. He argued that other state funding lines help pay for mission-specific responsibilities – for example, a medical hospital or extension -- at the three schools.

"That's a good political slogan, but it doesn't embrace all the things we need to consider to make good policy," said Len Hadley, retired CEO of Maytag Corp. and Iowa's appointee. "I can't understand how we would build budgets without counting 35-40 percent of the students [a reference to nonresidents]."

He argued that recruiting out-of-state students is a boon to this state and that "Iowa dollars should follow Iowa scholars."

Hadley suggested an enrollment metric that counts all students and weights graduate and professional students to acknowledge the higher costs of instruction in, for example, Iowa's five health colleges. He said graduates of the state's professional programs in medicine, veterinary medicine, dentistry and law "make a huge contribution to our state and are leaders in their communities."

Hadley warned that providing state funds only for resident students "sets us up to have the Legislature reduce our overall state funding."

In performance-based funding, enrollment is considered an input. Task force members discussed allocating 60 percent of the general education appropriation according to enrollment data, with the remaining 40 percent distributed according to outcomes. Four outcomes they looked hard at last week were:

Requirements for any formula

The group's discussion began with outlining its premises for any new allocation formula. Members agreed that its metrics should:

The task force will meet for what is expected to be the last time on May 5 to finalize a performance-based funding recommendation for the board. In the meantime, board staff are running calculations on various iterations of a funding model and retrieving other data for the task force. The task force also has yet to recommend to what portion of the general education appropriation a new formula would be applied -- all or some fraction.

A final recommendation is scheduled to be presented to the regents at their June 5 meeting in Ames. 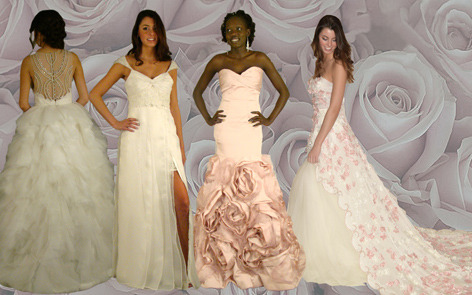 Twenty pieces from this month's student-produced fashion show are in a Morrill Hall exhibit opening Monday.