It was a great green year 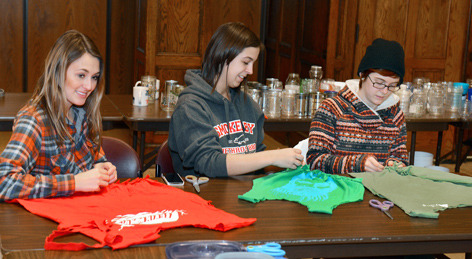 In October, Iowa State received a gold rating in the Sustainability Tracking, Assessment and Rating System (STARS), administered by the Association for the Advancement of Sustainability in Higher Education. The rating system recognizes a wide range of efforts in operations, teaching and research, and planning and administration. A few of those highlights were:

Presenters also gave a quick peek at sustainable projects being studied or in the works that could further green the campus. They included natural gas boilers that alone will reduce Iowa State's carbon footprint 12 percent, going paperless on more processes and communications, a bike share program and a system for cataloging student service hours for inclusion in their transcripts.

Live Green! Awards for Excellence in Sustainability were given to:

Four campus buildings also received recognition for energy conservation. Linden Hall (residence facility), Physics Hall (research/laboratory building) and Curtiss Hall (academic/administration building) had the smallest electrical footprint in FY13 within their building category (measured in Kwh/square foot). The Extension Youth 4-H Building was recognized for the greatest reduction in electrical consumption (31.5 percent) over three years (FY10 to FY13). The overall campus goal is a reduction of 15 percent based on a three-year average.

ISU Theater opens its two-week run of Amadeus on Friday.