A formal dead week policy was introduced by the academic affairs council at the April 23 Faculty Senate meeting. Currently, the language reads as a set of recommendations for faculty, rather than requirements.

"It's no longer a resolution of recommendations," said Rob Wallace, chair of the academic affairs council. "It was requested that the action we take result in an actual policy that can be followed and abided by, as opposed to recommendations and suggestions."

"Last year, there were some concerns raised by the Government of the Student Body regarding relatively few cases where additional work was added by instructors and additional exams were given during dead week," Wallace said.

"The academic affairs council has tried to work with the students -- we have some representation on the committee from GSB -- and what we have proposed here (and was approved by the executive board last week), was the complete replacement of the text."

In response to a question about policy violations, associate provost David Holger told senators that processes vary, depending on the issue. For instance, the academic grievance process deals with syllabus items, and the student affairs office enforces student organization activities.

"The mandatory final exams [second bullet point] is not a change and currently is a policy, even though it is part of this statement," Holger said. "That is something that would flow up to me and I would enforce it by not allowing the exam to be given."

Senators will further discuss and possibly vote on the proposed policy at their May 7 meeting. 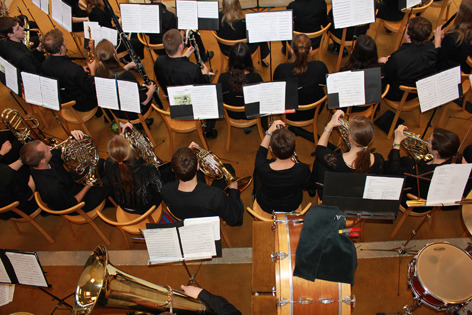