Rajala named next dean of the College of Engineering 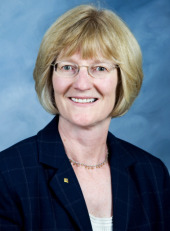 Sarah Rajala (RYE-ah-lah) will become the next dean of the College of Engineering on April 1, 2013. Rajala has been dean of engineering at Mississippi State University since 2008.

"Iowa State's engineering students, faculty and staff, as well as the entire campus community, were excited to hear Dr. Rajala's vision for the college," said Jonathan Wickert, senior vice president and provost. "Sarah is an internationally known academic leader who brings a tremendous wealth of experience to the position, and I am confident she will accomplish great things during her tenure."

During her years of leadership at Mississippi State, Rajala raised more than $30 million in private gifts, revised the College of Engineering's strategic plan and established a diversity advisory council to improve the success rates of students of color and women.

"Sarah Rajala has an outstanding record as a faculty member and academic leader," said president Steven Leath. "In addition, she has consistently broken new ground for women in engineering throughout her career, so she will be an exceptional role model for young women in the STEM fields. I look forward to having her on our team."

Previously, Rajala served as department chair of electrical and computer engineering at Mississippi State, and associate dean for research and graduate programs at North Carolina State University, Raleigh. She chairs the Global Engineering Deans Council, and is a former president of the American Society for Engineering Education (ASEE).

"I am honored to serve as Iowa State's next engineering dean," Rajala said. "The college has a great track record of education, discovery and service to Iowans. I look forward to building on that success, and raising the profile of the program to new heights."

Rajala earned her bachelor's in electrical engineering from Michigan Technological University, Houghton, Mich., and master's and Ph.D. degrees from Rice University, Houston. She is a fellow of the American Association for the Advancement of Science (2008), ASEE (2007) and the Institute of Electrical and Electronic Engineers (2001).

Wickert, the former Engineering dean, was promoted to his current post in July. Mufit Akinc, former department chair and professor of materials science and engineering, is serving as interim dean.

Recycling takes hold with building services group
Rajala named next dean of the College of Engineering
Turbine is turning
Winter break: What you need to know
Home for the holidays 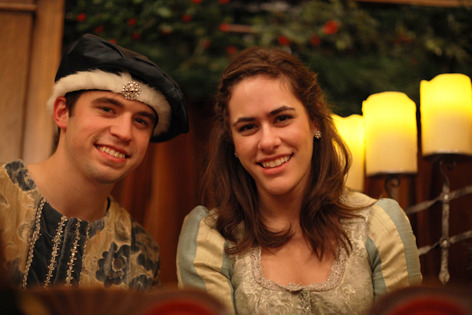 Eat, drink and be merry