Proposed modifications to three Faculty Handbook sections were unanimously approved at the Nov. 13 Faculty Senate meeting. Revisions to voting procedures during the promotion and tenure (P&T) process, which were referred back to the P&T task force following debate at October's meeting, remain with the task force.

Revisions to handbook section 6.4 (PDF) update and add language to the policy governing the designation of emeritus/emerita faculty.

"These changes basically bring the language up to date from 1991," said Ann Smiley-Oyen, faculty development and administrative relations council chair. "A section was added to clarify the nomination process and a timeline with it."

"The biggest change is that there is less change," Freeman said. "What you see is much more like the original language, but with a couple of clarifications and additions."

Modifications to handbook section 5.3.3.1 (PDF) focus on the selection of external reviewers during the P&T process.

"Really the only change is the criteria for how external reviewers are selected," Freeman said. "The language is essentially the same language from the provost's website (on best practices). We thought it was much clearer than what was originally in the handbook." 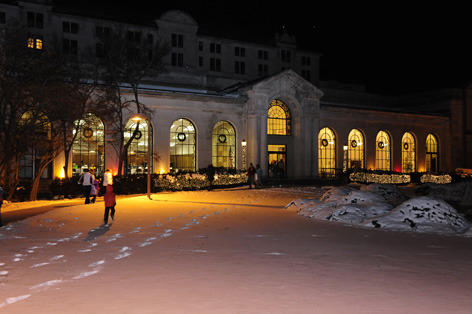 A week's worth of fun

WinterFest 2012 is just around the corner. Find out what activities are planned for the Nov. 26-30 celebration.