A dozen teams recently received funding to pursue large-scale grants and contracts in the areas of animal, human, plant and environmental health. The funds were awarded under the Health Research Initiative (HRI), a program to support the formation or expansion of interdisciplinary teams addressing grand challenges in these areas.

Each team awarded HRI-1 and HRI-2 pursuit funding will be expected to submit at least one large-scale grant or contract proposal for external funding.

A total of 32 interdisciplinary proposals were submitted to the HRI, requesting more than $2.2 million and representing 35 departments, seven colleges, 120 faculty (33 assistant, 32 associate and 52 full professors) and 29 other collaborators (clinicians, lecturers, postdoctoral fellows and graduate assistants).

Health Research Initiative pursuit funding was awarded to the following projects (only the PI is listed):

HRI-1 funding, up to $150,000, was awarded to existing teams of three or more faculty from different disciplines. The expected funding outcome will be one or more grant and contract applications of $1 million or more to an external agency.

HRI-2 funding, up to $50,000, was awarded to new teams of three or more faculty from different disciplines. The expected outcome of funding will be submission of one or more grant applications of $500,000 or more to an external agency.

HRI-3 funding, up to $10,000, was awarded to support a conference, workshop or research meeting with the intent of identifying collaborators who will address the ISU-HRI blueprint. The expected funding outcome will be the development of collaborative research teams, including collaborators from the regent universities, medical schools and other institutions.

Jim Reecy, director of the Office of Biotechnology and professor of animal science, and Ruth MacDonald, professor and chair of the department of food science and human nutrition, co-directed the solicitation and review process for the pursuit funding.

The Presidential Initiative for Interdisciplinary Research, announced by president Steven Leath in his installation address, invests in initiatives that promote a culture of interdisciplinary research while helping to secure new large-scale grants and contracts and adapt to the changing priorities of federal funding agencies. 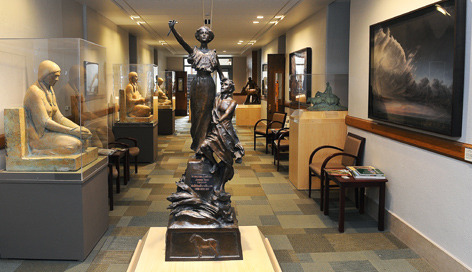