Campus and community celebrations and two notable speakers are among Iowa State's activities to honor the life of Martin Luther King Jr., Nobel Peace Prize winner and civil rights activist. All events are free and open to the public.

The traditional Ames community birthday celebration for the Martin Luther King Jr. national holiday will be at 6 p.m. Monday, Jan. 16, at the Ames Middle School, 3915 Mortensen Road. Festivities include a birthday cake and a program featuring a variety of community groups presenting songs, skits and speeches celebrating King's life. In addition, canned goods and other nonperishable food donations for the MICA food pantry will be collected.

Black American Gothic, a 60-minute documentary about the urban migration from Chicago to Iowa City, will be presented at 7 p.m. Thursday, Jan. 26, in the MU Great Hall. The film looks at racial politics in Iowa City after the demise of public housing in Chicago. Iowa City residents -- black and white, old and new -- tell the story through their experiences. The film addresses how changing demographics in the community have affected low-income housing, public schools and law enforcement. A discussion on "Planting Urban Roots in Iowa," will follow the presentation.

Lecture: Touré – Who's Afraid of Post-Blackness

NBC correspondent Touré, author of Who's Afraid of Post-Blackness, will discuss his book at 8 p.m. Thursday, Feb. 2, in the MU Great Hall. To research his book about what it means to be black today and how blackness has changed over the decades, Touré interviewed more than 100 prominent blacks, including Jesse Jackson, Cornel West, Malcolm Gladwell and Soledad O'Brien. As a contributing editor at Rolling Stone for more than 15 years and host of two music shows on Fuse Network, Touré has interviewed nearly every major hip-hop figure. Touré's talk is also part of the National Affairs Series and Black History Month.

Introducing the Leaths
FarmVille, for real 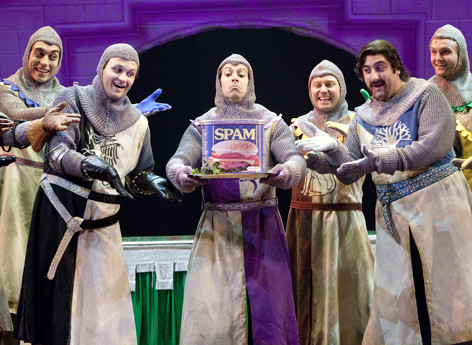