The Professional and Scientific Council is asking President Wendy Wintersteen to hold off on approving a proposed reorganization that would create new centralized teams of specialists to handle human resources and financial matters, saying P&S staff didn't have enough input into a plan that offers too little detail.

The motion recommends delaying approval "until the details and clarity necessary for employees to understand and support the implementation of ISD are provided to the university community." It also notes the council "commits, in the spirt of shared governance, to engaging in revising and developing additional details to clarify the models." The council's executive committee drafted the motion.

The proposed models would shift human resources and financial services duties, often handled by staff with varied responsibilities, to new positions devoted to more defined tasks and supervised by finance or HR managers instead of leaders in the units they serve. Prompted largely by the move July 1, 2019, to Workday, a new enterprise software that will handle all of Iowa State's business processes, the changes also are designed to make service more consistent and improve training and career opportunities.

The council passed the motion the day before the Institutional Effectiveness Leadership Team (IELT), a task force of top administrators that created the proposal, was to meet Nov. 1 with its "super group" to discuss feedback from public presentations throughout October and via an online form. The IELT and the super group, which includes P&S Council president Stacy Renfro, is expected to make a recommendation later this month to Wintersteen.

Renfro emphasized that formally declining to support the proposal as it stands is the start of a conversation, not the end. However, feedback from P&S staff largely opposed the plan, as employees are uncertain how the changes would affect them.

"We know the impact will be far-reaching," said Renfro, who also planned to meet with Wintersteen Nov. 1 along with Amy Ward, the council's president-elect.

The council understands and supports the need to restructure finance and HR staffing, but it can't support a plan when it doesn't know how it will affect employees, council member Jason Follett said.

"It needs to be drilled down all the way. That's the details our constituents are asking for," he said.

Council members also were concerned that a proposal that would change the roles and supervisors for many staff was drafted without being vetted by P&S employees. Joy Stroud, an administrative specialist at Reiman Gardens, said she wasn't aware her position might change until she heard about it in a public meeting.

"Finding out at a forum that my personal job is going to be affected when I had not spoken to one person in the process, I'm over that-ish. But my concern is, going forward, who's going to come talk to me? That was a big deal for me. I still have that concern moving forward," she said. "I just don't want to be left out of the formula."

Stroud's experience shows the proposal was not developed with shared governance in mind, said Jessica Bell, the council's past president.

"We can’t go back in time and change that, but it’s one of the reasons why we’re having the issues and feedback we're getting today," Bell said.

Staff whose positions include some HR or finance work will have the opportunity to apply for specialist positions, but neither the descriptions nor the supervisors for those jobs are set yet. Employees with HR or finance duties who don't move to specialist jobs next spring could take on new duties in their current unit. The IELT co-chairs, College of Liberal Arts and Sciences dean Beate Schmittmann and vice president for research Sarah Nusser, have said the reorganization isn't intended to reduce workforce levels or demote employees.

Nusser and Schmittmann, who were at the council meeting and spoke at points during the members' discussion, said they understand the concerns staff have about the uncertainty. But agreeing on the foundation of the changes -- creating teams of HR and finance specialists who report to managers who understand their work -- is a first step that's needed to sort out specific implications, Nusser said.

The IELT is continually addressing questions, both in live forums and in a growing online FAQ, but Nusser said they welcome any suggestions on how to share information better as the proposal evolves and advances.

"We feel like we’re in engagement with the community and hearing a lot of things that are modifying how we're proceeding. It would be helpful to us to understand what process would help," Nusser said. "This is just round one of a lot of rounds coming our way."

Though the council voted overwhelmingly in favor of the motion, three members voted against it. One of them was Whitney Grote, who said delaying approval of the plan wouldn't bring quicker answers. 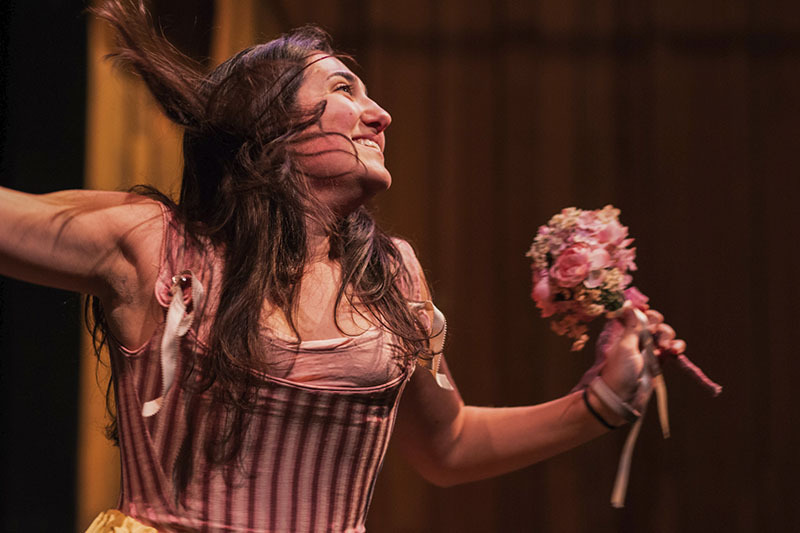