The musical boasts a large ensemble, including an accompanying orchestra and several area children in the cast. Even the production's backdrop was a collaborative effort, repurposed from a set designed by ISU Theatre associate professor Rob Sunderman for the Cedar Rapids Opera Theatre.

Based on the 1862 novel by Victor Hugo, Les Misérables is set in 19th century France. It is a story of one man's redemption -- from peasant, to prisoner, to thief, to benefactor. The eight-time Tony Award winner (including Best Musical) was one of the longest running Broadway productions. The 2012 film earned numerous awards, including Best Motion Picture from the Golden Globe Awards. 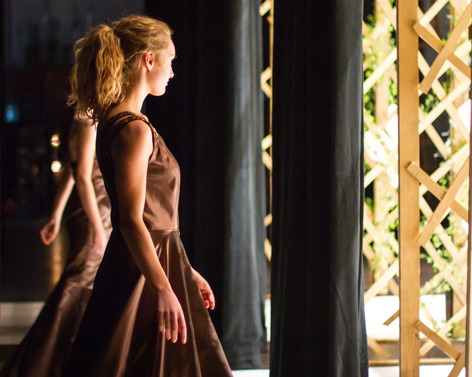 Months of detail work go into the April 11 student production at Stephens Auditorium.

No tickets remain for this year's musical production, Les Misérables.