Changes to post-tenure review procedures were introduced at the Nov. 11 Faculty Senate meeting. The changes stem from a review of policy changes approved in 2011.

"There have been areas of concern that were consistently brought forward," said Steve Freeman, chair of the promotion and tenure task force that worked on the changes. "We had lots of data that we were using when thinking about how to make improvements to the policy we have."

"Part of the conversation we were clearly hearing from faculty on review committees and department chairs is that there was significant stress at the department level on trying to decide what the definition of superior meant," Freeman said. "There is a huge gap between 'meeting expectations' and being 'superior.'

"I think that it detracts from the purpose of the post-tenure review, which is really a peer-review process for continuous improvement of all of our faculty," Freeman said. "Having that designation got in the way."

Senior vice president and provost Jonathan Wickert addressed a question about departments that consistently have a high number of non-tenure eligible (NTE) faculty.

"In some cases, they bring great professional practice experience to the classroom," Wickert said. "In other cases, we're hiring them to help out with the heavy lifting of undergraduate classes."

"At the end of the day, I think it's really about striking the right balance between the teaching and research mission," Wickert said. "I think we do a pretty good job of it. There is some context behind each of the numbers, and a reason the numbers are the way that they are."

For example, the world languages and cultures department uses NTE faculty for instruction instead of teaching assistants because there is no Ph.D. program.

A look at the library

Joyce Garnett, interim library dean, presented an overview of current and future use of the library. She said the library has about 2 million visitors annually and Iowa State is a "net-lender" within the interlibrary loan system, lending twice as much as it borrows. ISU's digital repository, a free resource available to scholars and users worldwide, has about 30,000 items that have been downloaded 2.3 million times.

Garnett said a team of librarians and faculty, led by library associate professor Lorrie Pellack, will create a survey that looks at the needs and practices for future of research, scholarship, teaching and learning.

"This will give us an informed base for decision-making and planning for the future of the library," Garnett said.

Potential topics for the consideration include:

Stephanie Downs, ISU's wellness coordinator, gave senators an overview of her first six months on the job and her focus on the shift from wellness to wellbeing -- physical, financial, social/emotional, community and career.

"What I want to do is help people shift beyond the jogging and broccoli mentality and start to think about all the aspects of well-being," Downs said.

She told senators that the creation of a communication plan, an action plan and a well-being advisory council are among the items on her to-do list.

A proposed cross-disciplinary undergraduate certificate in computing applications was introduced. The program is a partnership of three departments -- computer science, electrical and computer engineering, and supply chain and information systems. Senators will vote on it in December.

Other Faculty Handbook items also were introduced, including: 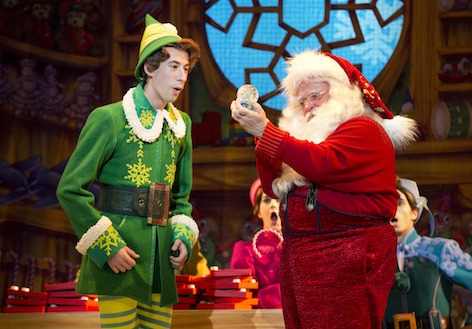