War is agony for those with loved ones in harm's way

Ukranians at Iowa State have watched in horror over the past week, checking in constantly with family and friends enduring the violence as Russian troops invaded and bombed their home country. 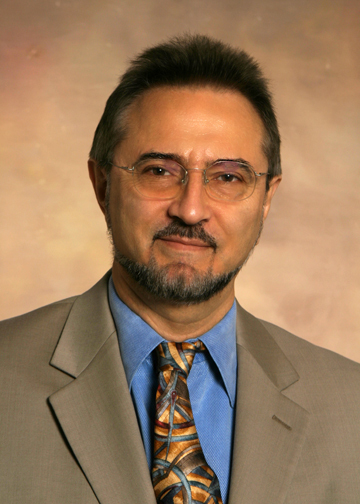 Valery Levitas, Anson Marston Distinguished Professor in Engineering and Vance Coffman Faculty Chair in aerospace engineering, was born and raised in Kyiv, where he received his doctorate and worked for more than a decade at a research institute. His hometown, the Ukrainian capital, has been a focal point of Russian attacks.

His wife's mother, sister and her sister's husband still live there, and Levitas has been calling and messaging them often. With each siren or alert warning of incoming missiles, they've taken cover in their root cellar, packing in with neighbors to wait out the explosions.

"They are in a relatively good situation compared to others who have already been hit," Levitas said. "There have been a lot of civilian casualties."

Lesya Hassall, instructional technology specialist with the Center for Excellence in Learning and Teaching, is from Ukraine but came to Iowa State in 2001 to pursue her doctorate and met her husband, "which changed my life from there." Hassall's father, mother, sister, brother-in-law and their family remain at home in western Ukraine on the border with Hungary.

"They are safer than the majority of the population, but I already know of one time when they were forced to go to the shelter because of a missile alert," she said. 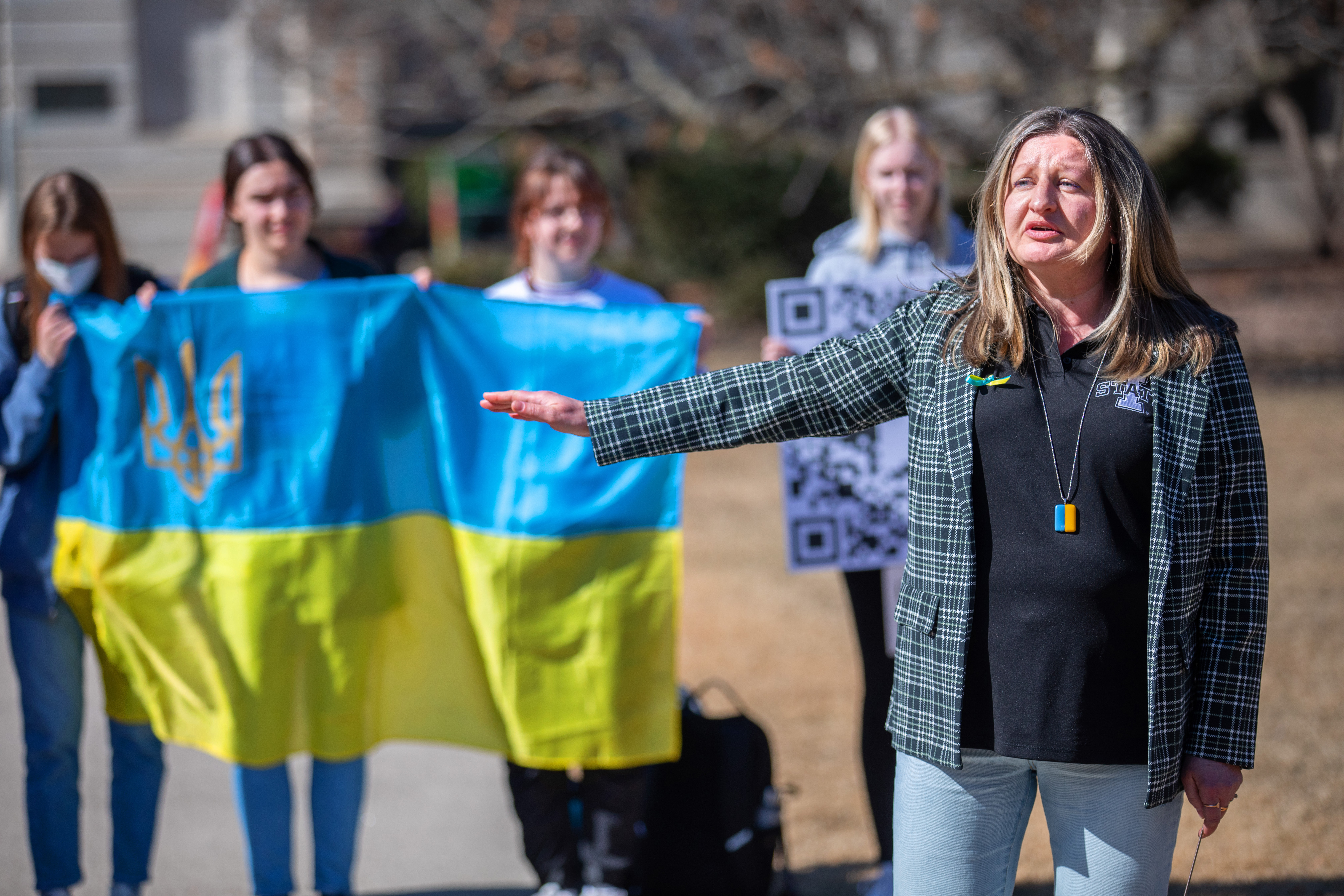 Lesya Hassall, instructional technology specialist for the Center for Excellence in Learning and Teaching, speaks during a rally in support of Ukraine on March 2. Photo by Christopher Gannon.

Hassall is in touch with Svitlana Volodymyrivna Tezikova, her teacher and mentor and eventually a colleague at Nizhyn State Gogol University, about 60 miles northeast of Kyiv. The students cannot leave, so Tezikova, the head of the world languages and literature department, has had to shift from teacher to provider, making sure students have food and water.

She also talks with two friends in Chernihiv, about 60 miles north of Kyiv: Ivanna Lipatnikova, an English and German interpreter and teacher, and Anechka Beregova, a teacher.

"The fighting has been hard, so I spend my nights talking to my friends who are sitting in shelters, and their husbands are out on the front line," Hassall said. "They are sitting there and singing songs about peace, love and beauty. They asked me if I remember any more songs because they had gone through them and could not remember any more."

That is one of the most challenging things for Hassall, who said she feels empty inside, as she sits comfortably in her home talking with friends in Ukraine while hearing explosions in the background.

Levitas is worried for his family, who live near a dam and close enough to the Chernobyl nuclear power plant to be at risk if the site of nuclear reactor meltdown is attacked. Messages from his former colleagues in Kyiv and scenes of what's happening there are overwhelming, and he's angry to see Ukranians suffer. Resistance is a must, he said. But he also feels bad for his Russian friends who can't publicly oppose the war.

"They don’t have a chance to speak," he said.

At a rally held outside Parks Library on Wednesday, dozens of students, faculty and staff showed up to listen to speakers -- many of them ISU employees from Ukraine -- urge an end to the war and support for Ukranians under siege. Levitas said food is scarce in some areas and giving to humanitarian aid efforts will make a big difference.

"They need money, for food, for medical supplies, for everything," he said.

A related story in this Inside Iowa State recommends directing any donations to established international relief organizations, such as: