Veishea lineup contains fun for everyone 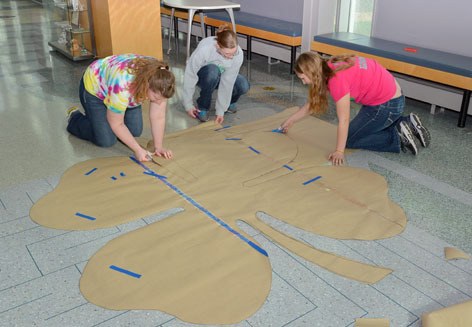 It's that time in Ames when campus and community celebrate Iowa State traditions. Students, alumni and families come together for Veishea, the annual festival that has served as a showcase and display of the university since 1922.

Here's a sample of the entertainment and education in store:

Canoe races on Lake LaVerne, recreation tournaments and the Cyclone Idol talent search are back, as are perennial favorites Stevie Starr (the regurgitator) and hypnotist Brian Imbus. Their free Friday night performances in the Memorial Union will be followed Saturday night by juggler and stunt show guy Matt Baker, contortionist Jonathan Burns and magician Nate Staniforth. The DJs of "Club Veishea" will rock the south side of the Student Services Building from 9 p.m. to 2:30 a.m. on Friday and Saturday.

The Harvard Sailing Team will perform a free show Saturday (9 p.m., Stephens Auditorium). This New York City-based improv/sketch comedy group (whose members neither attended Harvard, nor sail) has been featured on Comedy Central and VH1's "Best Week Ever." They have appeared at the Kennedy Center, the Montreal Just for Laughs Festival and the National College Comedy Festival, and for six years performed weekly shows at the People's Improv Theater (the PIT) in New York.

The full lineup of Veishea weekend events is online. Or take a look at a summary of activities, by college:

This year's Stars Over Veishea musical is Fiddler on the Roof. Performances begin at 7:30 p.m. on Friday and Saturday, and 2 p.m. on Sunday in Fisher Theater. Tickets are $21 ($16 for Iowa State students and those under 18) and available at the Stephens ticket office and all Ticketmaster outlets.

Gov. Terry Branstad and Lt. Gov. Kim Reynolds, along with grand marshal and senior vice president and provost Jonathan Wickert, will lead the parade. Wickert will be accompanied by his wife, Karen, and daughter Rebecca.

Parade co-chair Rebecca Ahlers, a senior from LeMars, is expecting more than 90 entries, including eight traditional floats, five balloons, seven bands, 10 performance entries and at least 15 dignitaries. The parade will wind its way through campus starting at 10:30 a.m. (beginning near the Armory and ending at the east parking deck).

The parade can be viewed statewide on the Mediacom Connections channel (22 in central Iowa) at 7 p.m. on Saturday, April 20, and Monday, April 22. It may air at other times as Mediacom's schedule permits. Anchoring the telecast will be Terry Mason, assistant vice president for student affairs and director of Iowa State's Student Counseling Service; and Steve Mickelson, professor and chair of agricultural and biosystems engineering.

A record number of organizations, student groups and Ames neighborhoods will present displays on central campus and in select academic buildings from 9 a.m. to 5 p.m. on Veishea Saturday. The special focus this year is STEM: science, technology, engineering and math. There will be demonstrations featuring rockets, rowing, robots, reptiles and more. Visitors can learn about neuroscience, agronomy, exercise and wellness, sustainability, glassblowing, video game development, animals and all kinds of engineering. And don't miss the mighty Madagascar hissing cockroach in the Insect Zoo.

The Food Science Club will sell five flavors of homemade fudge, the Culinary Science Club will sell gourmet popcorn and lemonade, and the Dairy Products Evaluation Club will offer fresh cheese curds -- all on the second floor of MacKay Hall. In Catt Hall, the Meteorology Club will offer face painting, weather jeopardy, a tornado machine and a weather wall for those interested in trying their hand at TV weather. The Geology Club will hold its annual rock and jewelry sale in 151 Science, and the Hort Club will hold its spring plant sale in the Horticulture Hall greenhouses (plant sale begins Friday, 2-6 p.m.). The American Society of Agricultural and Biological Engineers will have tractors on display with a water fountain arcade game. College of Design students will have T-shirts and student artwork for sale, and will hold a drawing for an iPod. Veterinary students will hold their annual petting zoo, exotic pet expo, hospital tours and open house Saturday (11 a.m.-3 p.m., College of Veterinary Medicine).

So many treats, so little time

Midnight pancake feeds will be held on Friday and Saturday, and a pancake breakfast will be served Saturday prior to the parade (8:30-11 a.m.), all on central campus. Taste of Veishea vendors will be located near Molecular Biology and on Union Drive Friday through 3 a.m. Sunday.

The International Food Fair on Saturday (11 a.m. -3 p.m., MU Great Hall) will feature more than 40 foods and beverages from 15 different countries. Admission is $3 plus the cost of food samples. While you're there, head to Art Mart in the nearby Campanile Room (9 a.m.-4 p.m.), bag a bargain and support local artists.

And don't forget to pick up your cherry pie -- an Iowa State tradition since 1919. Hospitality management students will make and sell 14,500 of the delectable little tarts on Friday and Saturday (7:30 a.m.-4:30 p.m. daily or until they're sold out, 16 MacKay). Pies are $1 each; proceeds help fund scholarships.

The Smoke Over Veishea barbecue competition is back for a second year. More than 30 grilling and barbecue teams from around the Midwest are registered for the competition on Saturday (10 a.m.-4 p.m., west of the Molecular Biology Building). From 11:30 a.m. to 1:30 p.m., 10 of those teams will take part in the people's choice competition. They'll provide free samples and ask Veishea goers to vote for their favorites.

Tickets for the Friday and Saturday night outdoor concerts are available to ISU students, faculty, staff and alumni. Concerts will be held rain or shine; tickets are nonrefundable. Bags, backpacks, food, drinks and weapons of any kind are prohibited at the concerts. Tickets will be exchanged for wristbands at the concert venue.

Through 4 p.m. Friday, anyone with a valid Iowa State ID can purchase up to five tickets ($15 for single night or $20 for both nights). Faculty, staff and students should buy tickets online. 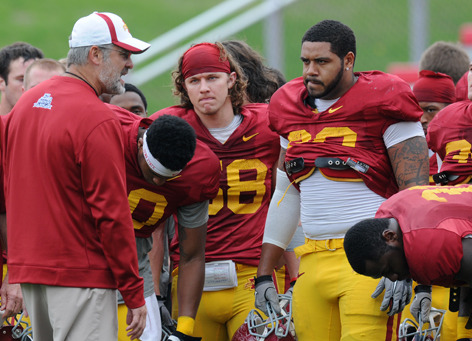